James was accepted by the CWGC as a casualty of the Great War on 11 April 2010. 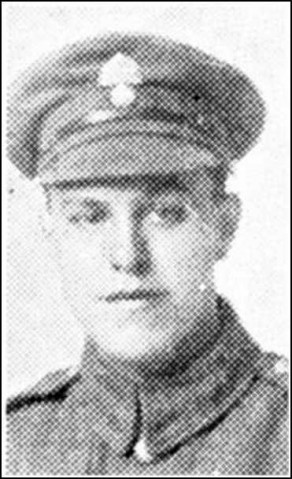 Private James Wooley, of 10th Battalion Royal Fusiliers, was supposed to have fallen into the enemy’s hands on 14th September at Trescault. In answer to an advertisement inserted in ‘The Daily Mail’ 16th January, by his mother, Mrs. Whitehead, of Long Preston, Private Ayling, of the same regiment, who knew Wooler well, has written to say that he saw him fall dead with a bullet wound, and he (Ayling) was taken prisoner. Private Wooler joined on January 6th 1917, going to France the following May. He had served his apprenticeship to bootmaking with Mr Willan, of Skipton. The pal, who has cleared up the distressing suspense, was working a Lewis gun with him when the unfortunate man was struck down. We will give a photograph next week.

We reproduce a photograph of the late Pte. James Wooler, of the 10th Battalion Royal Fusiliers, who, as reported last week, was killed in action on the Western Front last September. He was previously reported to have been taken prisoner, but all doubt of his fate has been removed by a member of the same regiment who has written to Pte. Wooler’s mother at Long Preston to say he saw him fall dead from a bullet wound. We extend sincere condolence to the bereaved.