The British Army Service Record for James William Shuttleworth exists but may be incomplete. 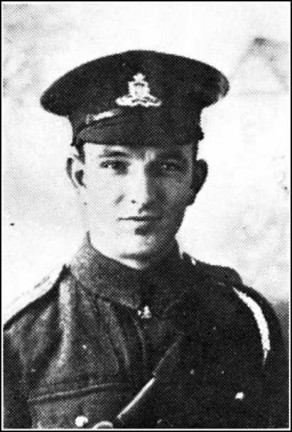 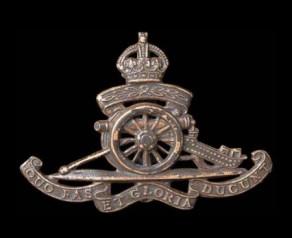 Mr. Ira Whitehead, secretary of the Carleton Soldiers’ and Sailors’ Parcel Fund, has received a number of letters from the ‘boys’ in France and in training, thanking him and the Committee for their endeavours on their behalf. All are very optimistic, as the following letters show…

Driver J.W. Shuttleworth writes:– “The P.O. will come in very handy, as things are very dear out here, and bread–well, they laugh and shrug their shoulders if you ask for it. They call it dupain here, but we have not seen any for nearly a week.”

A gloom has been cast over the village during the past few days by the sad news of the death in action of two of its sons, Driver James Wm. Shuttleworth, R.F.A., and Rifleman William Henry Garnett, King’s Royal Rifles. Both were members of well-known and respected families, for whom much sympathy is felt.

News of the death of Driver Shuttleworth was received by his parents, Mr. and Mrs. Robinson Shuttleworth, 6, East View, on Wednesday, in the following letter from Captain James N. Ware, West Riding R.G.A.:- “Will you accept my very sincere sympathy with you in your heavy loss of one of your sons? Your son was one of the drivers in this Battery and was under my care, and of course I got to know him well. He was a most painstaking and reliable driver, and his death is a great loss to the Battery. I hope it may be some comfort to you in your sorrow to know that he could not have suffered any pain in his death. I was able to attend his funeral, and we are erecting a cross in the cemetery where he is buried. Please accept the sympathy both of myself and that of all the drivers in the Battery.”

Driver Shuttleworth, who was 28 years of age, was widely known in the district as the carrier between Carleton and Skipton. He sold his business to his brother in June last. Mr. and Mrs. Shuttleworth have two other sons in France – Driver Arthur Shuttleworth and Gunner Amos Shuttleworth, both in the R.F.A.

Rifleman William Henry Garnett, news of whose death on September 25th was received yesterday morning from the Winchester Records Office, was the only son of Mr. and Mrs. Ashton Garnett, 1, Chapel Street. Formerly a weaver at the mill of Messrs. W. and J. Slingsby Ltd., he was 21 years of age and enlisted two years ago. He went out to the Front nearly twelve months ago, but was able to pay two visits to his native village during the last summer, following a period in hospital.

The above is a photograph of Driver J. W. Shuttleworth, R.G.A., son of Mr. and Mrs. R. Shuttleworth, of East View, Carleton, who, as reported last week, met his death in action on the Western Front on October 3rd.

SHUTTLEWORTH – In loving memory of our dear son and brother, Driver James William Shuttleworth who was killed in action in France September 26th, 1917.

From Father and Mother and Family, 6 East View, Carleton.

Another Carleton soldier has paid the supreme sacrifice for King and country, Mr. and Mrs. R. Shuttleworth, of East View, receiving information on Wednesday morning to the effect that their son, Driver J.W. Shuttleworth had met his death in action on October 3rd. He was called to the colours in June, 1916, and joined the Royal Garrison Artillery. He went to France in February, 1917. Prior to joining the colours he was the daily carrier between Carleton and Skipton for about twelve months. Mr. Shuttleworth, who was 28 years of age, was well-known and highly respected, and much sympathy is felt for his parents in their sudden bereavement. They have other two sons out in France. The following letter has been received from the captain of his regiment: – “Will you please accept my very sincere sympathy with you in your heavy loss of one of your sons. Your son as one of our drivers in this battery was under my care, and of course I got to know him well. He was a most painstaking and reliable driver, and a great loss to the battery. I hope it may be some comfort to you in your sorrow to know that he cannot have suffered any pain in his death. I was able to attend his funeral, and we are erecting a cross in the cemetery where he is buried. The War Office will return his other effects in due course. Please accept the sympathy both of myself and also that of all the drivers in the battery.”

THE LATE DRIVER SHUTTLEWORTH – Additional information has been received by Mr. and Mrs. Shuttleworth in regard to the death of their son, Driver J.W. Shuttleworth. One of his pals from Keighley writes to say that he was talking to him on the night of Sept. 26th. Driver Shuttleworth had been up to the battery with a waggon load of ammunition, and he was found next morning at daylight 200 yards away dead, a big shell having burst near him, which also blew his two horses to bits. He was killed instantly and would suffer no pain. His body was brought down the road and buried in a little cemetery well behind the line.

Mr. and Mrs. Shuttleworth have received the following particulars from the Record Offices, Dover, in regard to their son’s death:– “It is my painful duty to inform you that a report has been received from the War Office notifying the death of Driver J. W. Shuttleworth, which occurred on the 26th of September. By His Majesty’s command I am to forward the enclosed message of sympathy from their gracious Majesties the King and Queen. I am at the same time to offer the regret of the Army Council at the soldier’s death in his country’s service.”