John Cockerill (born 16 November 1884) was the son of James Walter and Jane Elizabeth Cockerill, née Pinson. Both parents were born at Wolverhampton, Staffordshire.

John is commemorated on the Leeds Grammar School War Memorial.

Short biographies of John are included in:
‘Swaledale & Wharfedale Remembered - Aspects of Dales’ life through peace and war’ by Keith Taylor (2006).
‘A Grammar School at War -The Story of Ermysted’s Grammar School during the Great War’ by Steven Howarth (2007). 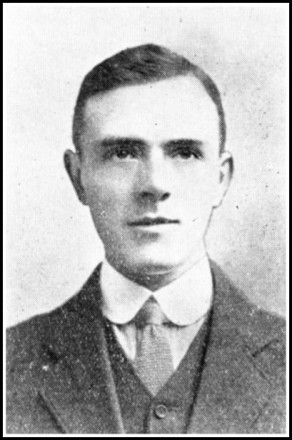 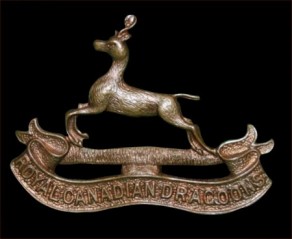 COCKERILL, JOHN, Sergt., No. 545, Royal Canadian Dragoons, Canadian Expeditionary Force, only s. of the Rev. James Walter Cockerill, Vicar of Kettlewell, Skipton, co. York, by his wife, Jane Elizabeth, dau. of John Pinson, of Wolverhampton; b. Mickleton, Barnard Castle, co. York, 16 Nov. 1884; educ. Leeds Grammar School, and Skipton Grammar School; subsequently trained as an Engineer in the Leeds Municipal Offices; went to Canada in 1913, where he was engaged in survey work for the Canadian Pacific Railway; volunteered for Imperial Service, and joined the Royal Canadian Dragoons after the outbreak of war in Aug. 1914; came over with the 1st Contingent in Oct.; served with the Expeditionary Force in France from May, 1915, where, owing to his skill as a draftsman, he was employed at headquarters in that capacity, and was killed at Bailleul 20 Feb. 1916, by a bomb dropped from an aeroplane. Buried there. General A.E. Alderson, Commanding the Canadian Army Corps, wrote: “He had always done well, and was liked and respected by all who knew him,” and Col. Mitchell: “we all thought very much of him. He was an extremely good draftsman, careful in his work, hard-working, conscientious, and thoughtful for others.” Unm.

COCKERILL – February 20th, killed in France, John, only son of the Rev. J. W. and Mrs. Cockerill of Kettlewell, Skipton.

We regret to record the death, in France, of Sergt. John Cockerill, only son of the Rev. J. W. Cockerill, vicar of Kettlewell. The painfully sad event occurred on February 20th at the headquarters of the Canadian Army Corps, and was the result of wounds received from an aerial bomb dropped from a German aeroplane. From information received by the Vicar of Kettlewell, Sergeant Cockerill left the office at headquarters just before noon on Sunday, the 20th ult. to go down to his billet near the railway station, and while passing down the street, at that time crowded with soldiers and wagons, two bombs were thrown by an enemy aeroplane, which was very high up, and whose objective was to hit the station, an attempt to do so having been made the previous night. Sergt. Cockerill, with several others, soldiers and civilians, some of whom were women, was fatally injured and died in a few minutes. He was unconscious after being hit.

The remains of the gallant soldier (an old Skipton Grammar School boy) were interred the following day, February 21st, in the English part of the cemetery at the head-quarters of the Canadian Army Corps amid the boom of the guns on the other side of the hills. The service was conducted by the Senior Chaplain of the Canadian Corps, assisted by Captain M. Green. In addition to several officers of the headquarters staff of the Corps, nearly all the staff officers and clerks attended. The Corps Commander, who could not be present, was represented by his A.D.C.

“All the officers and subordinate staff at the headquarters of the Corps. are deeply shocked and grieved over this sudden call to one of our number, but we all know that he lived a good life, and was ready to be taken here or on the front line whenever the call came. We all thought very much of him, and I know that his messmates feel his loss very much indeed. For myself, in whose branch he was employed – the Intelligence – I know I have lost a very excellent assistant. He was an extremely good draughtsman, and careful in his work, hardworking, conscientious and thoughtful of others. Please accept our deepest sympathy in your loss.”

The deceased solder was educated at the Leeds Grammar School and the Skipton Grammar School, and at the latter institution some examples of his work still adorn the walls. He was trained for an engineer in the Leeds Municipal Offices. Three years ago he went out to Canada and engaged in surveyor work for the Canadian Pacific Railway Co. At the outbreak of war young Cockerill volunteered for service, and he joined the Canadian Royal Dragoons. He came over to this country with the first contingent, going out to France early last year where he had a hot time in the trenches. About six months’ ago Sergt. Cockerill was ordered to headquarters as a draughtsman, an honour that followed his sending up plans of fort construction which were highly commended by the Commanding Officer. He was home on leave just after Christmas.

The Vicar and Mrs. Cockerill have the sincere sympathy of the Dale in their painful bereavement.

The Vicar has, since the foregoing communication, received the following letter from General A. E. Alderson, commanding the Canadian Army, Corps:–

“I feel I should like to write to you and say how deeply grieved I am and how sincerely I sympathise with you in the death of your gallant son, who was so unexpectedly and unfortunately killed by a bomb on the 20th, February. He had always done well, and was liked and respected by all who knew him. Words seem bare and barren in the case of such a loss, but if the most sincere sympathy both for and with you can be of any help, I can assure you that you have it most truly from myself and all the headquarters staff of the Corps.”