John Hoyle (born 25 August 1892) was the son of Richard and Mary Ann Hoyle, née Grunwell. Richard was born at Cowling and Mary at Menston, Yorkshire. 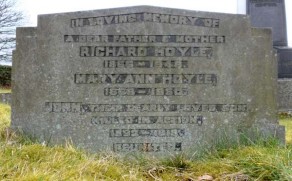