John Percival was the son of William and Mary Percival, née Sayer. John's father was born at Woodhall, near Askrigg and mother at Stonebeck Up, Yorkshire. 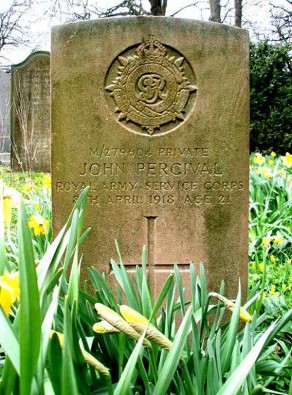