John Shute Reid was the son of Edgar and Caroline Reid, née Shute. Edgar was born at Swansea, Glamorgan, Wales and Caroline at Farnworth, Lancashire. 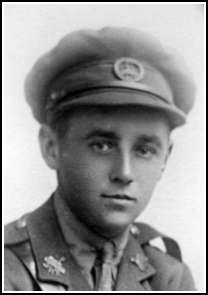 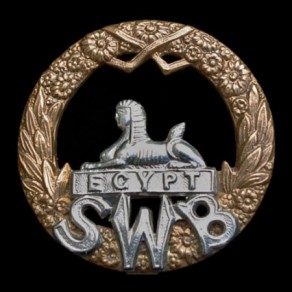 [The following information about J.S. Reid is from Rouge et Noir the Sedgwick House magazine for December 1912]

J.S. Reid (8st. 8lbs.). – A scrum half, who is always doing something unexpected. He is clever with his hands and a good kick. If he would only improve his defence he would have the makings of a really good half.

J.S. Reid (Captain). – An excellent captain of the House cricket; always ready to help the juniors; a first-rate catch; a smart ground field; a most painstaking batsman, and, on occasions, a useful bowler of googlies.

CHARACTERS OF THE XV. [House XV]

J.S. Reid (9st. 0lbs.) – A really good scrum half with a splendid knowledge of the game. He has more original ideas than most of the backs, and is a most accurate kick.

J.S. Reid (8st. 13lbs.). – A very sound half-back who is well versed in all the tricks of half-back play, and is constantly doing the unexpected thing, which is so valuable against an opponent who is only on the look out for the obvious. In the match against School House he and his captain had a very large share in the good performance of the side not only by their good play but by the excellent way in which they encouraged every one rather than scolded when ‘things’ did not go quite rightly.

House XI – second in batting average – ‘A good point. Usually a safe catch and can bowl a googlie quite well; as a hitter he will improve when he gets more power into his strokes.’ 1st XI. ‘boots.’ – July 1912.

House XI. – opening bat – ‘Characters’: ‘has become quite a sound bat, but is much handicapped by his height. Has also quite a safe pair of hands, and ought with practice to be a very good wicket-keep – 2nd XI., cap; represented House in Colts match v Stonyhurst; won Henning Cup for fielding – July 1913

House XI. in final – opening bat; House XV. – ‘a very good scrum half, who understands his work; passes well, but must learn to go down on the ball better.’ 3rd XV. – December 1913.

SEDBERGH SCHOOL v. WESTMORLAND AND CUMBERLAND YEOMANRY CAVALRY (B Squadron) – Fifteen of Major Upton’s Squadron of the Westmorland and Cumberland Yeomanry Cavalry, stationed at Carlisle, paid a visit to Sedbergh School on Saturday. The local men in the team were Sergt. E. Taylor and Trooper W. Askew. Lieut. A.C. Cripps (O.S.), who had promoted the match, was unable to play. The yeomen were set to play against a violent gale in the first half. Play was very uninteresting, the visitors being frequently penalised for infringements of rules which the majority of them seemed not to understand. A round of passing among the School backs ended in F.B. Roseveare scoring in easy fashion, and J.R. Appleyard kicked a goal. Then the forwards emulated the backs, and another try, unconverted, was the result. T.D. Edmondson got the third try after a brilliant run, and this time Appleyard made no mistake with the kick at goal. L.E. Allen initiated some good play which led to A.H. Lee crossing the line. J.S. Reid and Edmondson added unimproved tries, and before half-time Reid also dropped a goal from a mark. With the assistance of the wind at their backs, the yeomen offered a much more resolute defence for a time, but it was worn down, and the School scored three more tries. The last one, by Roseveare, was a capital piece of work. Result:–Sedbergh School, three goals, one dropped gaol, six tries (36 points); Westmorland and Cumberland Yeomanry Cavalry, nil.

The news of the death of John Shute Reid came as a great shock to all who remember him among us but so short a while ago. He entered Sedgwick House in 1912, and left at Christmas, 1915, a School prefect, head of his House, in the XI., and having gained his XV. colours at half in his last term. He received his commission in the S. Wales Borderers immediately after leaving School, and proceeded to France with his Battalion in November, 1916. For a time he was Bombing Officer, but later he was attached to the Trench Mortar Battery. He was wounded on August 16th, while leading his men into action, and died next day. A Senior Officer wrote of his death:–“Not one single soldier in the whole British army gave up his life more willingly for his country, and no one could possibly be braver,–our men knew him as ‘the little fire eater’–or have a higher sense of duty. If I manage to get through it all many will be the times that I shall say to myself, ‘May I never have lower, and I cannot have higher, ideals than those the wee laddie had.’”

Of his physical courage there was never any doubt, but he had a rarer quality in his character than that. His moral courage at School was abnormal. Everybody who has had to deal with boys knows full well how even the very best of them can fall here. On more than one occasion, during his life at Sedbergh, he was up against the stiffest of propositions, when only the highest moral courage would avail, but he was never known to falter for an instant. There is many a boy in Sedgwick who in his manhood will confess that he learnt more about 'ta diaferonta' [that which is excellent, surpassing in value, that which really matters, is critical to spiritual growth and healthy Christian relationships] from Jacky Reid than from anyone else. To him life meant happiness; he loved his life at School and in the army, and can we doubt that in a soldier’s death he found an even greater joy? The sorrow is ours who mourn him. 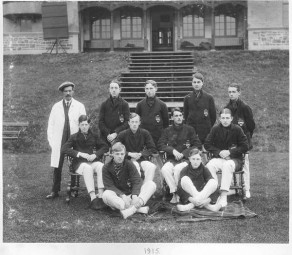 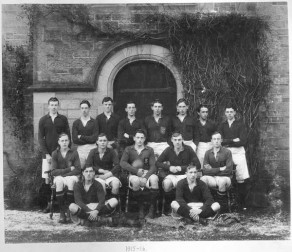 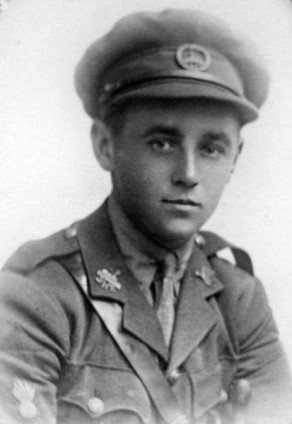 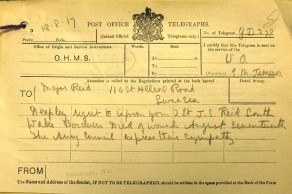 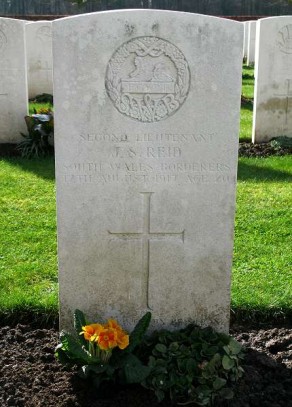 Sec.-Lieut. John Shute Reid, South Wales Borderers, attached T.M.B., the only son of Major Edgar Reid, R.A.M.C. (T.) and Mrs. Reid, of St. Helens Road, Swansea, died from wounds received while leading his gun team into action on August 16th. He had only passed his 20th birthday by a few days.

Educated at Wells House, Malvern Wells, and at Sedbergh School, he obtained his commission within two days of leaving school in December 1915, and entered on his military training with a battalion of the South Wales Borderers. In November 1916 he joined another battalion at the Front, and was lately attached to a T.M.B.

At Sedbergh he got his school colours in Rugby football and cricket, and was head of Sedgwick House during his last term. He also played a very strong game at golf for a boy of his age.

The officer commanding his battery writes:– “He was one of the most fearless soldiers I have ever met, and was loved by us all.”