Joseph Metcalfe was the son of Aaron Thompson and Sarah Metcalfe, née Taylor and half-brother of Private John Thomas Metcalfe (24062) (q.v.). Joseph's father was born at Bradford, Yorkshire and his mother at Manchester, Lancashire. Joseph was the brother-in-law of Corporal Thomas Upton (15886) (q.v.). 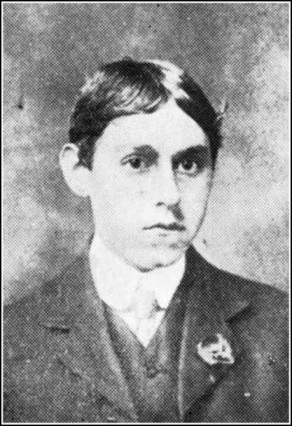 From assembly trenches east of the sugar factory on Mailly-Maillet-Serre Road moved forward 8.55 a.m. (1/7) in support of attack between Beaumont-Hamel and Serre. Advancing on Brigade’s left fought through into The Quadrilateral – by nightfall holding Burrow, Wolf and Legend Trenches. Casualties – 323.

[Joseph Metcalfe was killed in this action on the 1st July 1916.]

Pte. Joseph Metcalfe, of the West Riding Regiment, whose sister lives at No. 5 Prospect Terrace, Skipton, is now assumed by the War Office to have been killed on or since July 1st of last year. On the date named he took part in the first of the great operations by the British Army, and after the roll-call he was posted as missing. Numerous enquiries as to his fate have been made by his sister, who only received the official intimation named on Saturday last. Private Metcalfe, who was 23 years of age, enlisted three months after the outbreak of war and went to France in April last year. As a boy he worked at Belle Vue Mills, Skipton, and later he was a porter at Gisburn Station (L. & V.). His married brother, Pte. John Thos. Metcalfe, is also serving with the Duke of Wellington’s Regiment.

We reproduce a photograph of Pte. Joseph Metcalfe, of the West Riding Regiment, whose sister lives at 5, Prospect Terrace, Skipton, and who, as announced in our columns last week, is assumed by the War Office to have been killed on or since July 1st 1916 in action on the Western Front. Official information to this effect was received by the sister of the deceased on Saturday April 21st. He was 23 years of age, and at one time worked at Belle Vue Mills, Skipton, and afterwards as a porter at Gisburn Station.

METCALFE – In affectionate remembrance of Private Joseph Metcalfe, of the Duke of Wellington’s Regiment, who was reported missing, since then officially reported killed, July 1st, 1916.

Two long years have passed away
Since that great sorrow fell;
Still in my heart I mourn the loss
Of him I loved so well.

“A day of remembrance sad to recall.”

Ever remembered by his Sister, 5 Prospect Terrace, Skipton.

Pte. James [Joseph] Metcalfe, of the West Riding Regiment, whose sister lives at 5, Prospect Terrace, Skipton, and who was reported missing since July 1st last year, is now officially reported by the War Office to have been killed. He was 23 years of age, and enlisted in November, 1914, he having been out in France since April, 1915. When a boy he worked at Belle Vue Mills, Skipton, and afterwards as a porter at Gisburn Lancashire and Yorkshire Station. His married brother, Pte. John Thomas Metcalfe, is also serving with the Duke of Wellington’s Regiment.