Leonard Varley (born 29 March 1893) was the son of George and Sarah (Mary) Varley, née Hodgson. Both parents were born at Knaresborough, Yorkshire.

Leonard is commemorated in the 'City of Bradford Great War 1914-1918 Roll of Honour'. 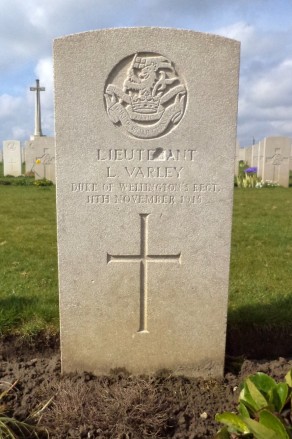 Lieutenant Leonard Varley, 6th Duke of Wellington’s Regiment, only son of Mr. and Mrs. George Varley of 44, Leyburn Grove, Shipley, was killed on the Western Front on November 11. A letter received by his parents from Captain and Adjutant S.F. Marriner says that the lieutenant was shot by a sniper.