Lewis Dawson was the son of George and Elizabeth Eleanor Dawson, née West. George was born at Leeds and Elizabeth at Goole, Yorkshire.

Lewis was married to Mabel May Erswell in 1911. Mabel married George Bruce Jamieson in 1917.

Lewis is commemorated on the Berwick-Upon-Tweed War Memorial. He is also commemorated on a memorial in St Peter’s Churchyard, Hebden. His link to Hebden was found by John Gardner of Hebden who supplied the following information: Violet Dawson, sister of Lewis, was living at High Dene, Hebden, in 1911 with her Aunt Jane - probably the 'Jane' on the memorial. She appears to have inherited the house when her aunt died in 1929, and was still living there, as a spinster, in 1939. 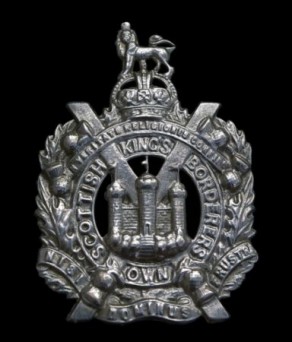 YORKSHIRE SOLDIERS WHO HAVE FALLEN IN ACTION

Sergeant-Major Lewis Dawson, of the K.O.S.B., fell in action on September 20. A married man, 32 years of age, he was living in Berwick when called up as a Reservist at the outbreak of war, but formerly he resided at 12, Lascelles Road, Harehills, Leeds.

Company-Sergeant-Major Lewis Dawson, 6th K. O. S. B., has been killed in action in France. His widow, who is a Berwick woman, is the daughter of the late Sergeant-Instructor Erswell, Berwick Volunteer Artillery. 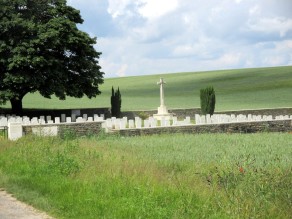 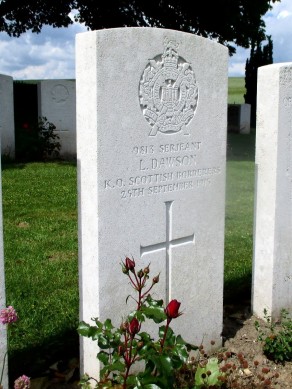 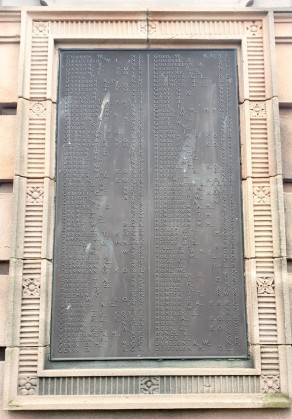 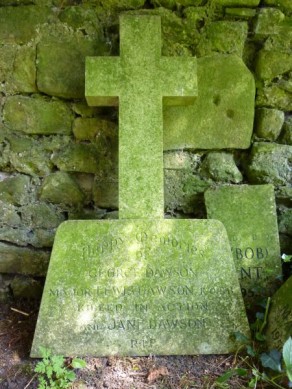 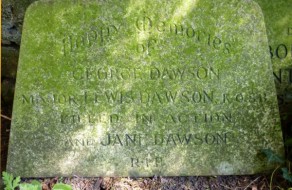 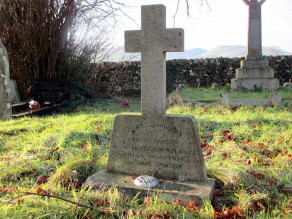