Maurice Lund was the son of John and Margaret Ann Lund, née Mattinson. John was born at Newby near Capham, Yorkshire and Margaret at Leck near Cowan Bridge, Lancashire. 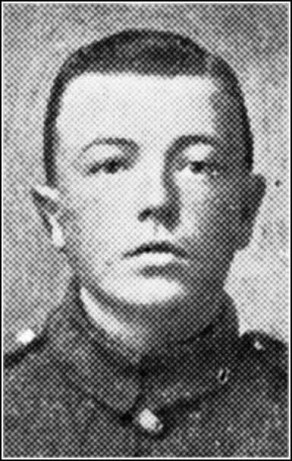 Mr. and Mrs. J. Lund, of 14 Dawson Street, Skipton, who have been much concerned as to the fate of their son, Private Maurice Lund, since November 27th last when he was reported missing, have now received information from the Red Cross Society which practically makes his death an established fact. It appears from enquiries made by the Society in Germany that a report concerning Pte. Lund appeared on lists despatched from Berlin on February 12th last, showing that a disc bearing his name, number, &c., was taken from a fallen soldier at Bourlon Wood, and sent in from the German Central Effects Bureau without further particulars. Twenty years of age, Pte. Lund enlisted in the West Riding Regiment in November 1915, and had been in France since February 1917. He was apprenticed to the trade of joinery on the Skipton Castle Estate, and was one of four brothers serving; the others being Pte. John Lund, West Yorkshire Regiment, Trooper William Lund and Trooper Tom Lund, both in Egypt with the Middlesex Yeomanry.

LUND – In sad but loving memory of our dear son and brother, Private Maurice Lund, Duke of Wellington’s Regiment, who was killed in action November 27th, 1917.

We pictured him safe returning,
We longed to clasp his hand;
But God has postponed the meeting
Till we meet in the better land.

From Mother, Father and Sisters, 51 Castle Street, Skipton, and his three Brothers serving.

Pte. Maurice Lund, of the West Riding Regiment, son of Mr. and Mrs. J. Lund, of 14, Dawson Street., Skipton, who has been reported missing since Nov. 27th, 1917, is now presumed killed. Numerous inquiries as to his whereabouts have been made, and his parents have recently received a communication from the British Red Cross Society stating that a report appears on lists despatched from Berlin on Feb. 12th last, that their son’s disc was taken from a fallen soldier at Bourlon Wood and sent in through the German Central Effects Bureau without further particulars. Pte. Land, who was 20 years of age, enlisted in November, 1915, and went to France in February, 1917. He was formerly employed as apprentice joiner on the Skipton Castle Estate. He was one of four brothers serving, the other three being Pte. John Lund, of the West Yorkshire Regiment, and Trooper Wm. Lund and Trooper Tom Lund, who are in Egypt with the Middlesex Yeomanry.