Norman Müller (born 4 January 1886) was the son of George Herbert and Josephine Müller, née Wadsworth. George was born at Bradford, Yorkshire and Josephine at Nottingham, Nottinghamshire. 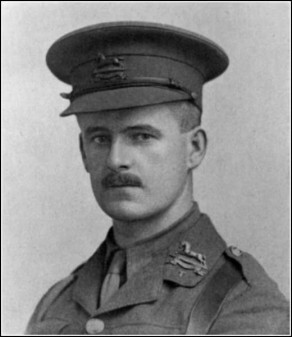 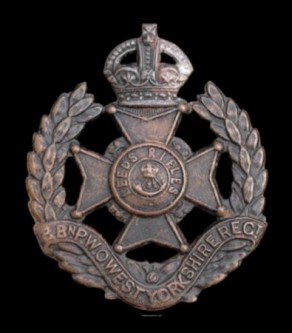 CAPTURE OF THE MONTAIGNE DE BLIGNY

During the afternoon of the 27th [July 1918] the 186th Brigade received orders to move forward to positions north of Chaumuzy, preparatory to an attack being carried out on the 28th, in conjunction with the 185th Brigade, on Bligny and the Montaigne de Bligny. The 186th Brigade was to be on the right and the 185th on the left. Of the latter the 1/5th Devons were to attack on the right and the 8th West Yorkshires (Lieut.-Colonel N.A. England) on the left; the 2/5th West Yorkshires (Lieut.-Colonel R.H. Waddy) were to support the 8th Battalion.

During the night of 27th/28th the 8th West Yorkshires moved up to their assembly positions on the immediate left of the Chaumuzy-Sarcy road and just clear of the former village; the 1/5th Devons were on the right with their right on the Ardre; the 2/5th West Yorkshires, the supporting battalion, were in the neighbourhood of Nardi Farm, north of Chaumuzy.

At 4 a.m. the troops began to move forward to the attack, but almost immediately ran into the hostile barrage, while heavy machine-gun fire swept the line of advance. The 186th Brigade, though suffering from extreme exhaustion, pushed on gallantly, won all its objectives, captured Bligny and consolidated the old French line.

On the left of the 186th Brigade the 185th had also been splendidly successful.

The 1/5th Devons, though met with heavy machine-gun fire, particularly from Bligny, which had not then been captured by the 186th Brigade, but pushing on with dogged determination, reached the line of their objective about 7 a.m.. But touch had not been obtained on the right with the 186th Brigade and ‘A’ Company of the 2/5th West Yorkshires (from support) was sent up to form a defensive flank on the right of the Devons; this company arrived at 10-30 a.m. and established its position on the right of the Devons, thus protecting the right flank of the latter battalion.

Meanwhile the 8th West Yorkshires had advanced on the left of the 1/5th Devons. The battalion went forward in artillery formation, companies being disposed as follows: ‘D’ (Capt. D.P. Reay) on the right, ‘C’ (Capt. N. Muller) on the left, ‘B’ (Lieut. H.R. Burrows) behind ‘D’ and ‘A’ (Capt. G.M. Hirst) in rear of ‘C.’ “The men went forward in splendid style,” recorded the Battalion Diary. It will be remembered that on the 27th a third party of ten officers and 200 other ranks had arrived as reinforcements, and the battalion had only just been reorganised into four companies of three platoons each before going forward to the attack. Platoon sergeants had mostly to be drawn from young lance-corporals who were quite strangers, while the Lewis gun teams could be given no more than two trained gunners. Amongst the reinforcements were many youngsters just out from England, who had never before been under fire. When these facts are borne in mind it will be conceded that the results of these operations were even more remarkable considering the disadvantages under which the battalion attacked the enemy.

It was still dark when the 8th advanced with only the faintest suggestion of approaching dawn. All went well until the foot of the Montaigne was reached. But by this time dawn had broken. Suddenly the sharp report of a rifle rang out, and then from all sides rifles and machine-guns spluttered and cracked from scores of hidden emplacements on the hillside. There was a check which, however, did not last long, for the West Yorkshires changed their tactics of a steady advance to one of quick rushes by sections. Gradually progress was made and the line crept slowly up the hill. Soon there was hesitation amongst the enemy troops and the West Yorkshires, rushing in with the bayonet, completed the discomfiture of the Germans for, though they gallantly tried to stay the advance of the British troops, they could not do so; eventually they turned and fled, and the whole line of the attacking troops pressed on and drove the enemy from the crest of the hill. As the attack progressed so the usual ‘clearing’ operations had to be carried out. Dug-outs were searched, the wood was ‘mopped-up’ and, pushing on up through the vines, the attackers reached the line of old disused trenches where a few lingering Germans were captured.

The whole line was then consolidated, 1/5th Devons on the right, 8th West Yorkshires on the left, ‘D’ and ‘A’ Companies of the 2/5th West Yorkshires being attached, one to the former battalion, the other to the latter, the remaining two companies remaining in close support.

Thus the Montaigne de Bligny fell to the 8th West Yorkshires after a most gallant fight.

[The 8th Bn. Prince of Wales’s Own (West Yorkshire Regiment) (Leeds Rifles) had the rare distinction of being awarded the Croix de Guerre by the French for its action during the capture of the Montaigne de Bligny.] 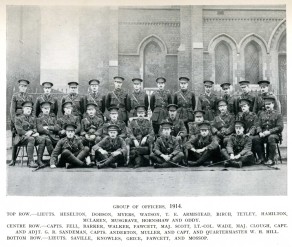 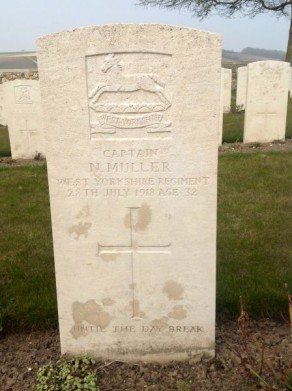 Photo by Bob Speel (from The Second Website of Bob Speel: www.speel.me.uk)

The marriage took place on Saturday, at the Church of St. Phillip and St. James, Clifton, York, of Captain Norman Muller of the 6th Battalion West Yorkshire Regiment (the Bradford Rifles), and Miss Doris Spencer Jennings, daughter of the late Mr. J.S. Jennings, of Riddlesden, Harrogate, and of Mrs. Jennings, of Tower House, Keighley. Captain Muller is the younger son of Colonel G. H. Muller, the officer commanding the 16th (Bradford) Battalion of the West Yorkshire Regiment, now in camp at Skipton. His elder brother also holds a captaincy in the Bradford Rifles. The chaplain of the 6th Battalion, the Rev. Vincent Ryan, was the officiating clergyman.

Information was received at Cononley on Tuesday that Captain Norman Muller, son of Colonel G.H. Muller of Bradford, had been killed in action. Captain Muller, who married Miss Doris Spencer Jennings, only daughter of Mrs. Jennings, of Cononley Hall, was only 32 years of age and was a very popular officer. At the outbreak of the war he was a Lieutenant in the West Yorkshires. He went to France in 1915 in charge of the battalion transport and served in the Ypres salient, receiving his Company at the Front. Being taken ill with trench fever he was invalided home, and on his recovery was once more sent to France, and for a time acted as a Temporary Major in his battalion. In August 1916, he was again invalided home and was on the sick list for nearly five months. On regaining his health he was given duties in England until the early spring of 1918, when he was once more ordered for service abroad. Before the war he was well known as a hockey player and for several years acted as secretary at the Saltaire Club. Heartfelt sympathy is extended towards Mrs. Muller and her infant daughter in their bereavement. Mrs. Muller’s brother, Lieutenant Basil Jennings, was killed in action some time ago.

On Sunday morning the rector, the Rev. J.J. Turner, made special reference in his sermon to the sad loss the village had sustained in the death of Captain Norman Muller in France. He would be missed by many, and particularly by his widow and child, and Mrs. Jennings, and he asked for the prayers of the congregation on their behalf. Suitable hymns were sung during the service.

Captain Norman Muller, son of Col. G.H. Muller, of Bradford, has been killed in action. Capt. Muller, who was 32 years of age, was a lieutenant in the 6th West Yorkshires at the outbreak of war. He went out to France in 1915 in charge of the battalion transport and served in the Ypres salient, receiving his company at the front. Being taken ill with trench fever he was invalided home. On his recovery he was once more sent to the front, and for a time acted as temporary major in his battalion. In August, 1916, he was again invalided home, and was on the sick list for nearly five months. On regaining his health he was given duties in England until the early spring of 1918, when he was once more ordered for service abroad. He was a popular officer, and his death will be greatly mourned by his comrades of the service and his friends in civilian life. In the happier days before the war he was well known as a hockey player, and for several years he acted as secretary of the Saltaire Club. Capt. Muller married a daughter of Mr. Jennings, of Cononley Hall.

On Sunday morning Rev. J.J. Turner rector, made special reference is his sermon to the sad loss the village has sustained by the death of Capt. Norman Muller in France. He would be missed by many, said the Vicar, and particularly his widow and child and Mrs. Jennings, and he asked for the prayers of the congregation on their behalf. Suitable hymns were sung during the service.