Oliver Riley was the son of Joseph Edward and Sarah Annie Riley, née Mitchell. Joseph was born at Hapton and Sarah at Bury, Lancashire.

Oliver was married to Jenny Fleming Laing in 1907. Jenny married William Allen in 1929.

Oliver is commemorated on the Manchester University and St Anne's-on-Sea War Memorials.

A short biography of Oliver is included in: ‘Though lost to sight to memory ever dear - Embsay-with-Eastby First World War Roll of Honour’ by Jane Lunnon, David Turner, Chris Lunnon (2018). 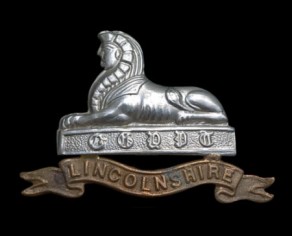 Mrs. Riley, St. George's Square, St. Annes, has received word that her husband, Pte. Oliver Riley, L.N.L.Regiment, was killed in action on May, 27th. Deceased, who was the son of the late Mr. J.E.Riley, J.P. of Arden Hall, Accrington, and of the Hapton Chemical Works.

The death in action, on May 25th, was reported on Wednesday of Pte. Oliver Riley, of the Loyal North Lancashire Regiment. The deceased gentleman was the son of the late Mr. Joseph Riley, formerly of Arden Hall, Accrington, and the Hapton Chemical Works. Official information was received by Mr. H.C. Snell, of Blackburn-road, Accrington, from the widow, who resides at St. Annes. Mr. Riley joined the Army as a private about eighteen months ago.

A young man of independent means, he was exceedingly well known in the district. For a period of 3½ years he was Rural District Councillor and Guardian for Huncoat on the Burnley Board from Dec., 1907, to May, 1911. He married a Durham young lady, and resided at Woodside, Huncoat, for some time, afterwards being at Embsay Kirk, near Skipton. Later he removed to St. George’s-square, St. Annes-on-the-Sea, where the widow and two children reside. He was about 34 years of age.

The late Mr. Oliver Riley was a well-known sportsman, having been connected with the Pendle Forest Hunt and the Rossendale Hunt, whilst he was also an enthusiastic motorist. He was at one time at Owens College, Manchester.

The will has been proved of Private Oliver Riley, North Lancashire Regiment, formerly of Embsay and latterly of St. Anne’s-on-the-Sea, and of J. Riley and Sons, chemical manufacturers, Hapton, who was killed in action. He left £16,214.