Ormond Clarkson was the son of William and Maria Clarkson, née Spencer. Both parents were born at Silsden, Yorkshire. Ormond was the cousin of Private Pliny Drake Clarkson (69811) (q.v.). 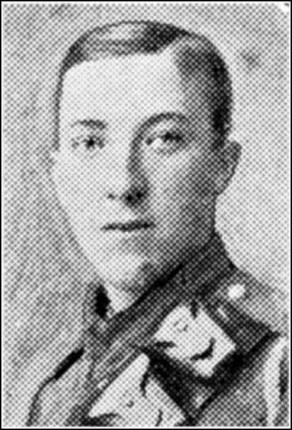 Official information has been received by Mr. William Clarkson, Reservoir House, Silsden, that his son, Driver Ormond Clarkson, Royal Engineers, was accidentally drowned in the Persian Gulf, Mesopotamia, on the 24th April. Driver Clarkson was 20 years of age, having joined the forces 15 months ago, and went on active service in August, 1917. He has two other brothers serving. Prior to enlisting he was employed as a blacksmith by Mr. J. W. Jackson, Silsden.

A service in memory of the Silsden young men who have recently given their lives for their country was held at the Silsden Parish Church on Sunday morning, conducted by the vicar, Rev. E. E. Peters. The hymns ‘The Saints on earth’, ‘O God our help in ages past’, and ‘God the all-terrible King who ordainest’ were sung. Mr. Herbert Cooper presided at the organ. Mr. Peters said in the service in which they had just taken part they had commemorated 69 men who has been killed in action, or died from wounds or from some other cause. He wished to say a few words especially about those young men who had fallen, and were connected with their Church and Sunday Schools.

The first was Sergeant W. Newns, who had been missing for over a year, but whom the authorities had recently announced as killed. He was one of the best young men in every sense of the word. He was a communicant, a Sunday School teacher and a young man who took a great interest in the physical side of life. He was one of the leaders of the training class for physical development. When he joined the Army in the early days of the war, he found that his time had been well spent as he was made an instructor in physical drill and a full Sergeant.

A few weeks ago the Church had lost another of its young men – Signaller Harry Barrett, who, before he joined up, was treasurer of the Church of England’s Young Men’s Society, and a very devoted member of the branch. Private Ernest Hardcastle was killed in September, after having proved himself a good soldier. He and Sergeant R. Hill were connected with the Sunday School and they did not forget their religion when they went into the Army. Mention was made of Second Lieutenant T.D. Stocks and his connection with the Boy Scout movement; Sergeant Rowland Hill; Private Ormond Clarkson, who was accidentally drowned a few weeks ago in the Persian Gulf; Air Mechanic Albert Bradley, who died in hospital alter being away from home only a few weeks; Sergeant Joe Bancroft who won the Military Medal by his extraordinary gallantry; Private Sydney [P]Lumb who was killed in September, and who had four other brothers serving.

On behalf of the church people of Silsden, the Vicar offered to the relatives and friends of those men their deepest sympathy and their most sincere and heartfelt gratitude for what they had done for them. He expressed the wish that as long as the Church remained, and if at any time a new Church should be built, it would be the custom at least once a year to commemorate all the men who had fallen in the war. He was impressed and touched beyond expression by the courage which the women of the parish had shown in these awful times, and it was an inspiration to the men, for they had shown themselves to be worthy mothers and wives of heroes who had given their all.

“Shall we betray their trust and take their deaths in vain?”

Mr. William Clarkson, of Reservoir House, Silsden, has received a telegram to the effect that his son, Driver Ormond Clarkson, of the Royal Engineers, was accidentally drowned in the Persian Gulf, Mesopotamia, on April 24th. Driver Clarkson, who is 20 years of age had been in Mesopotamia about eight months. He was formerly employed as an apprentice with Mr. J.W. Jackson, blacksmith, Aire View, Silsden.

A service in memory of the gallant Silsden young men, who have recently given their lives for our country, was held at the Parish Church on Sunday morning last. There was a large congregation, and the service was conducted by Rev. E.E. Peters (vicar). Mr. Herbert Cooper presided at the organ, and the hymns sung were ‘The saints on earth and those above,’ ‘O God our help in ages past,’ and ‘God the all terrible King, who ordainest.’

The Vicar said they met that most perfect Sabbath morning amidst peaceful surroundings to worship God, and also to pay their tribute of love and respect to the memory of the brave men from that parish who had laid down their lives for them and their country. In the service they had just taken part in they had commemorated 69 men who had been killed in action or died of wounds, and he wished to refer to those young men who had recently fallen, and were closely connected with their church and Sunday school. The first was Sergt. W. Newnes, who had been missing for over a year, and who had now been presumed killed by the authorities. He was one of their best young men in every possible sense of the word. He was a communicant, Sunday-school teacher, and one who took a great interest in the physical side of life, being one of the leaders of their Physical Culture Class. He found that very useful, and when he joined the army in the early days of the war he was made an instructor in physical drill and became a sergeant. Pte. Ernest Hardcastle was killed last September, and they had heard from those who knew him that he was a good soldier. He was connected with the Sunday School, and like Sergt. Richard [Rowland] Hill did not forget his religion when he went in the army. Only a few weeks ago they lost another of their young men – Signaller Harry Barrett. He was treasurer of their Church of England Men’s Society, and a very keen member of their branch. When he joined the army he did so cheerfully, and was ready and anxious to do his duty. He became a good and efficient soldier. They all knew the charm of his manner and what a delightful fellow he was. Reference was also made to Second Lieut. T.D. Stocks and his connection with the Boy Scouts, Sergt. Rowland Hill, Pte. Orman Clarkson, who was accidentally drowned in the Persian Gulf, Air-Mechanic Albert Bradley and Sergt. Joe Bancroft, one of a large family of brothers serving, a young man of extraordinary gallantry who recently won the Military Medal a man who showed that he had in him the qualities which made the very last type of a soldier and who possessed those characteristics which were born with a man and could not be put into him. Pte. Sydney Plumb, who was killed last September, and one of five brothers serving. On behalf of the churchpeople of Silsden he (the Vicar) offered to the relatives of those men their deepest sympathy and their moat sincere and heartfelt gratitude for what they had done for them. He hoped that as long as that church remained and even if at any time a new church should be built, it would be the custom at least once a year to commemorate all the men who had fallen in the war. These gallant men had not gone into utter darkness, they had not been annihilated, but they lived more perfectly and more beautiful than ever before. Whether there men died in action or at home in England, they all did their duty, and they had all left behind them honoured memories. He was impressed and touched beyond all expression by the splendid courage which the women of that pariah had shown in these awful times. It was an inspiration to the men, for they had shown themselves to be worthy mothers and wives of heroes. In conclusion the Vicar said these men had given all. Shall we betray their trust make their deaths in vain. God forbid we shall not.