Thomas Parrington Dixon was the son of Thomas Ashburne and Catherine Alice Dixon, née Parrington. Both parents were born at Dent, Yorkshire.

The informal title of the 16th (Service) Bn Prince of Wales's Own (West Yorkshire Regiment) (1st Bradford) was the 1st Bradford Pals.

Parrington is commemorated in the 'City of Bradford Great War 1914-1918 Roll of Honour'. 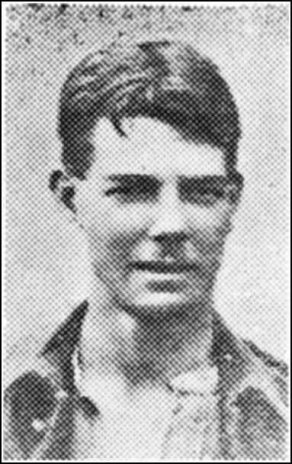 Additional Information: Son of Thomas A. and Catherine A. Dixon, of The Cottage, Gawthorpe, Dent, Yorks.

Geo. Oversby, 10th West Riding, Duke of Wellington’s, of Cowgill, is in hospital at Edinburgh, suffering from a wound in the leg. Parrington Dixon (Bradford Pals) son of Mr. and Mrs. T. Dixon, of Gawthorpe, Dent, has been reported missing since July 1st.

The War Office have reported that Pte. Parrington Dixon, Prince of Wales West Yorks. (Bradford Pals) who has been reported missing since July lst last, must be regarded as killed in action. He was the only son of Mr. and Mrs. T. Dixon, of Gawthorpe, Dent, and l9 years of age. Formerly a student at Carlton Secondary School, and the School of Art, Bradford, he joined the Bradford Pals early in the war and first saw active service in Egypt, afterwards being transferred to France where he received his death.