Percy Jeeves (born 5 March 1888) was the son of Edwin and Nancy Jeeves, née Garforth. Edwin was born at Ickleford, Hertfordshire and Nancy at Earlesheaton, Yorkshire.

Percy is commemorated on the Goole War Memorial.

The author P.G. Wodehouse, in his stories and novels, named one of his fictional characters 'Reginald Jeeves' - the valet of Bertie Wooster. He was named after Percy Jeeves whom Wodehouse had seen play in a cricket match before the Great War.

See also: 'The Real Jeeves: The Cricketer Who Gave His Life for His Country and His Name to a Legend' by Brian Halford (2013). 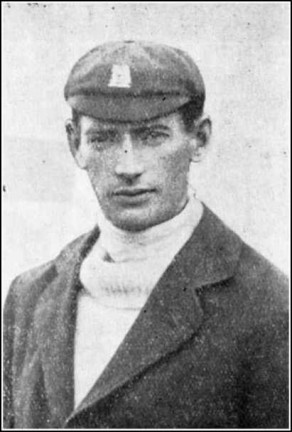 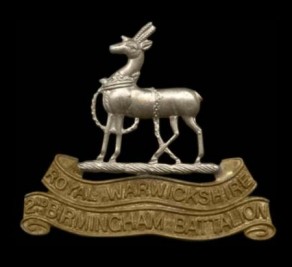 PTE PERCY JEEVES (Royal Warwicks Regt) was killed on July 22, England losing a cricketer of whom very high hopes had been entertained. Jeeves was born at Earlesheaton, in Yorkshire, on March 5, 1888. He played his first serious cricket for the Goole CC, and became a professional at Hawes. He took part in Yorkshire trial matches in 1910, but presumably failed to attract much attention. Soon afterwards he went to live in Warwickshire, playing for that county, when not fully qualified, against the Australians and South Africans in 1912. No special success rewarded him in those matches, but in 1913 he did brilliant work for Warwickshire, both as bowler and batsman, and firmly established his position. He took 106 wickets in first-class matches that season at a cost of 20.88 each, and scored 765 runs with an average of 20.33. In 1914 he held his own as a bowler, taking 90 wickets in first-class matches, but in batting he was less successful than before. He was chosen for Players against Gentlemen at The Oval, and by his fine bowling helped the Players to win the match, sending down in the Gentlemen’s second innings 15 overs for 44 runs and four wickets. Mr P. F. Warner was greatly impressed and predicted that Jeeves would be an England bowler in the near future. Within a month war had been declared. Jeeves was a right-handed bowler on the quick side of medium pace, and with an easy action came off the ground with plenty of spin. He was very popular among his brother players. 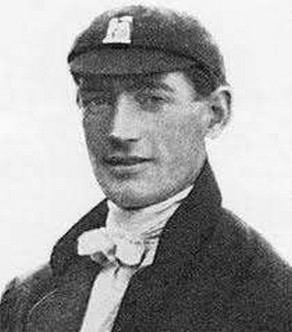 News was received on Sunday morning by Mr. H.A. Crallan, that Pte. Percy Jeeves, Royal Warwickshire Regiment, had been killed by a shell on Sunday the 23rd. Jeeves, who was the son of Mr. and Mrs. Edwin Jeeves, of Goole, was engaged by the Hawes Cricket Club as professional in 1910, this being his first entry into professional rank. In that season he scored 205 runs in 15 innings, average 15.10. He was also very successful with the ball, taking 73 wickets for 5.91 runs apiece. In 1911 his engagement was renewed, and in that season he scored 536 runs with an average of 35, and took 51 wickets for seven runs each. He scored centuries for Hawes against Constable Burton and Yorkshire Clergy; also playing for Bedale he scored 100 not out against York Trinity and 90 not out against Boldon. He was twice tried with the Yorkshire Colts, and later, through the instrumentality of Mr. Crallan, Hawes, he obtained a professional engagement with the Warwickshire County Club. When he had qualified he was played for the first time with Warwickshire against the Australians and scored a notable success with the ball. From that time his progress was rapid and uninterrupted. He played on four occasions against his native county Yorkshire, and proved disastrous to his native county. Four years ago Mr. P. F. Warner said that Jeeves was a certainty for the next team to visit Australia. He was one of the finest specimens of the clean-living young cricketers that ever donned flannels – a true sportsman through and through, with a heart too big for defeat and a temperament too free from conceit for success to spoil.

He volunteered immediately the war broke out and had been in France about nine months. Too fearless of danger to ever spare himself he has died as such gallant souls do die on the altar of an unselfish and pure patriotism. Cricketers throughout the entire district, stretching from Sedbergh to Hawes and from Hawes to Bedale, will sincerely mourn the death of such a whole-hearted sportsman.

The public of Hawes in general, and cricketers in particular, were sorry to hear that Pte. Percy Jeeves, of Goole, had been killed on Sunday week by being struck with a German shell. Jeeves was the well-known Warwickshire cricketer, who, after playing for Goole club as an amateur, was for two seasons professional with the Hawes club. Locally he was very popular and held in the highest esteem, and his prowess both as a bowler, batsman and fielder soon spread. After playing twice with the Yorkshire Colts, he obtained a professional engagement with Warwickshire. Before his qualifying period was up he was introduced into the first eleven against the Australians, and in one innings took several wickets at a low cost. In the next two seasons and before the war he did very well for Warwickshire as a bowler and occasionally as a batsman. He played four times against his native county, and twice brought off good bowling performances. He was a fast bowler, and some of his deliveries were served up at an astonishing speed.