Richard was married to Enid Kathleen Stuckey in 1915. 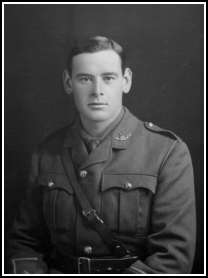 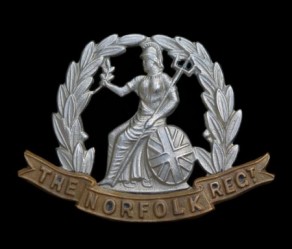 [The following information about R.A. Ritchie is from Rouge et Noir the Sedgwick House magazine]

R.A. Ritchie. – Has a neat style and hits well, but must learn to watch the ball more carefully

CRITICISMS OF THE PLAYERS
R.A. Ritchie (Forward) 12st 8lbs. – A very good forward of the honest hard shoving sort. He keeps his eye on the ball, and is always there or thereabouts in a forward rush.

R.A. Ritchie. – Good fortune has not been very kind to him this season, and he has often lost his wicket for a very slight lapse. He must take care to cure himself of the habit of feeling for a good length ball, and playing forward at the pitch of it. Has a good style, which is bound to tell in the long run.

This race was run in very bad weather, a strong, cold, west wind was blowing, carrying with it sheets of rain, which caught the runners across the fells and met them coming along the road, in addition to this, the course was very heavy and in very bad condition. There were twenty starters, of which seventeen finished, seven being from Sedgwick House.

Scott, the Martynite favourite, led till ‘green hill,’ closely followed by Mulholland and Smith. By the time Thrush Ghyll was reached, however, he had dropped back and the order there was Mulholland, Jackman, Scott, Kaye, Smith, and Atkinson. Along the hills to Cautley Jackman assumed the lead, and at Cautley, was three hundred yards in front of Atkinson, who was the same distance in front of Mulholland, Kaye, Strother, and Scott, who came next. Difficulty was experienced by some of the runners, owing to the mist, in reaching the plantation, but here Atkinson caught up with Jackman; Strother was third, while Maxwell and Ritchie, both running strongly, were coming into the race. Over the hills down into Hebblethwaite, Atkinson went away, and at the other side of that ghyll was fifty yards ahead of Jackman, who was about three hundred in front of Strother running with Kaye, Mulholand, and Maxwell. At Danny Bridge Atkinson had increased his lead, but the order was the same. Going up the hill, however, Strother, who was running very strongly, stepping on a loose stone, strained his ankle. This misfortune cost him a high place, and it was with great difficulty that he pluckily struggled in sixth. The two leaders, therefore, had things pretty much their own way, and Atkinson came in an easy winner, a minute ahead of Jackman. Meanwhile Maxwell and Ritchie had been coming steadily along the road, and passing Kaye shortly after Danny Bridge, Strother by the town football field, and Mulholland up Punch’s hill, they finished third and fourth respectively. Strother, as we have said, was sixth, Mackintosh was tenth, Johnstone twelfth, and Burnside i. Fourteenth.

Taking the state of the weather and course into consideration, the times were very good.

It is to be noticed that although our house sent in by far the largest entry, all our men finished very fresh. This was due almost entirely to the trouble and care with which Mr. Lemarchand trained them, and his skill and experience is always a great advantage to the members of this house. The times and places of this house were:–

The times of the leaders at various points were, Thrush Ghyll 12 mins, Cautley 24-10, Hebblethwaite 46 mins.

Sprinting and springy, just as if he’d sat pins on,
Comes Victor Grayson–no, I mean victor Atkinson.
“Dark,” and full back, so almost fully black man,
He beats them all save one–each man jack–Jackman.
Forward in this, as well as other packs–well,
We’ll give him all due weight, twice seven stone Maxwell.
Vain the pursuit of riches! To a pitch he
Of folly mounts, who pursues after Ritchie.
Alas! wind, rain, heavy Baugh Fell’s dull “col,” and
The law are ‘gainst light weights–well run, Mulholland!
Like my poor rhyme, he sometimes trips, O bother!
Sixth, so I fear above his Form, ends Strother.

Within the last week we have learned of the death of R.A. Ritchie, while still mourning the loss of his brother ”Tommy.” In sorrowing for this twofold loss we are proud to think that neither hesitated to pay the greatest sacrifice. Richard Ayres Ritchie met his death in the campaign of the Persian Gulf, on November 20th.

“Rest with your still and solemn fame,
The hills keep record of your name,
And never can a touch of shame
Darken the buried brow.”

CHARACTERS OF THE TEAM [First XI]

R.A. Ritchie. A cheerful and persevering cricketer, but he has not made as many runs as was hoped; he plays a fast bowler well enough, but is too slow-footed to appreciate a slow one. Fair field.

Richard Angus Ritchie came to Lupton House, at that time Mr. Lemarchand’s, in 1905, and went over with him to Sedgwick House, where he stayed till 1910. His sturdy figure and happy disposition soon won him popularity. Passionately devoted as he was to the country and all country pursuits, he never failed to make one of a party which always foregathered on Extra Halves, though in those days it was the usual jest to “take old Dick to keep the pace back”! As time went on, though he did not attain a high place in School – not from want of trying – he developed considerable prowess in games. He won his XV. cap as a sturdy forward, and on going up to Trinity College, Oxford, he only just missed his Blue in the year of Fred. Turner’s captaincy, being 9th man in the strong ‘Varsity pack. He also won his cricket colours at School, and to crown all, he surprised even his warmest admirers by getting a place in The Wilson. In the School and in Sedgwick House in particular his influence was great and good. During the holidays never so happy as when out with a dog and a gun–he was an excellent shot and all-round sportsman. Like the rest of his family he took a great interest in Natural History, and his lectures on birds to the Sedgwick Society were always popular. He only spent a few terms at Oxford and then went out to British Colombia, where he started a fruit ranch, and after many rough and interesting experiences, he was just settling down when the war broke out. He came back at once and joined the Norfolk Regiment. He married while in this country, and was ordered out almost immediately to Mesopotamia, where he was killed at Ctesiphon. It was only the other day that we were mourning the loss of one brother, and now, as seems to have happened so often, the other has followed him. Dick and Tommy Ritchie were indeed lovely in their lives, and happy-hearted Englishmen that we would have all Sedberghians aim at being. To his people and his wife, we at Sedbergh, and especially those of us who had the privilege of knowing him, offer our deepest sympathy. 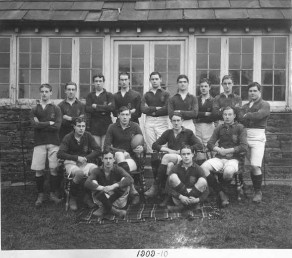 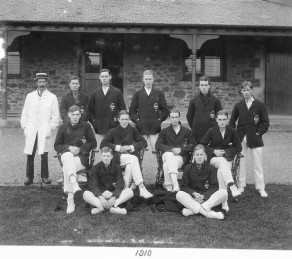 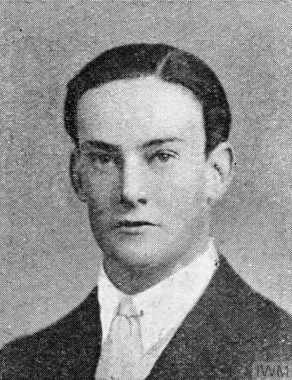 Lieutenant R. A. Ritchie, 2nd Norfolk Regiment, killed in the Persian Gulf, aged 24 years, was the second son of Mr. and Mrs. T. Ritchie, of Overstrand, and was educated at Sedbergh School and Trinity College, Oxford. He was in Canada when war was declared, and returned here and applied for a commission from the O. T. C. He married in March last, Enid, daughter of Major Stuckey, of Hove.

One Response to Richard Ayres RITCHIE