Richard Halstead was the son of Thomas and Bridget Halstead, née Courtney and brother of Driver Robinson Lancaster Halstead (T/294466) (q.v.). A third brother, Private Tom Halstead, 3057, 1/5th Bn East Lancashire Regiment, was killed in action on the 1 September 1915. Their father was born at Haslingden, Lancashire and mother at Dublin, Ireland.

In the 'Burnley Express' (14 November 1914), an article headed: EAST LANCASHIRE LOSSES - ANOTHER HEAVY LIST, Pte. R. Halstead (10845) is listed under those wounded. 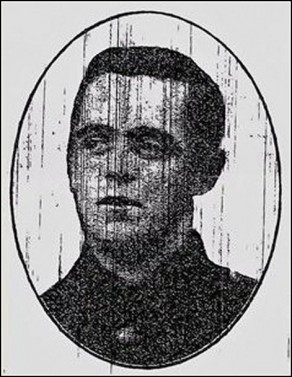 Richard Halstead lost his life in the Battle of Le Cateau, which took place on the 26th August 1914 during the retreat from Mons (23rd August – 5th September, 1914). The History of the East Lancashire Regiment records 4 officers wounded and 257 other ranks killed, wounded and missing.

The Records of the 1st and 2nd Regular Battalions East Lancashire Regiment show those who enlisted from 1st May 1912 were allocated numbers from 10706 and those who enlisted from 28th March 1913 were allocated numbers from 10863. As 10845 Richard Halstead falls in the period just before 28th March 1913. This Regimental number issue date, and Richard's deployment with the 1st Battalion as a part of the BEF at such an early stage in the war, indicates he was serving in the Regular Army at the outbreak of the war.