Richard Metcalfe Lindsay was the son of Henry and Martha Hannah Lindsay, née Slinger. Henry was born at Giggleswick and Martha at Flasby, Yorkshire.

Richard was married to Ann Mitchell in 1914. 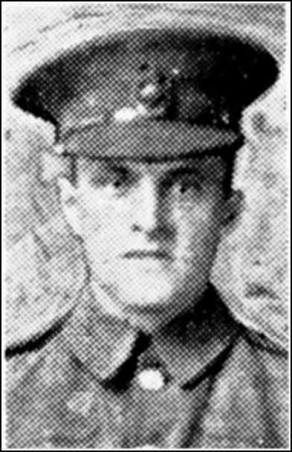 BARNOLDSWICK – MISSING SINCE MAY 1918

The above is a photograph of Private Richard Metcalfe Lindsay, 270021, West Yorks. Regiment, whose wife lives at 7 Leonard Street, Barnoldswick. Private Lindsay joined the Army in April 1917, and has been missing since May 27th-29th 1918. Prior to military service, he was employed as a weaver by the Rainhall Manufacturing Company. Any information that would throw light upon his fate would be thankfully received by his wife at the address given above.

Mrs. Lindsay, of 7 Leonard Street, Barnoldswick, has received an official intimation presuming the death of her husband, 270021 Pte. Richard Metcalfe Lindsay, 2nd West Yorks., previously reported missing 27-29th May, 1918. Deceased joined up in April, 1917, and had served 10 months in France.