Robert Willam Bell was the son of Joseph and Margaret Bell, née Lyall. Joseph was born at Settle, Yorkshire and Margaret at Gifford, East Lothian, Scotland.

The British Army Service Record for Robert William Bell exists but may be incomplete. 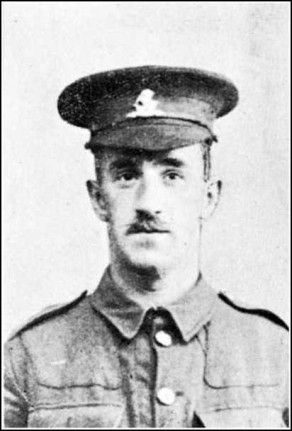 [Robert William Bell was killed during this period, on the 5th October 1916.] 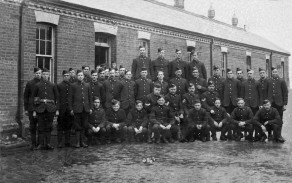 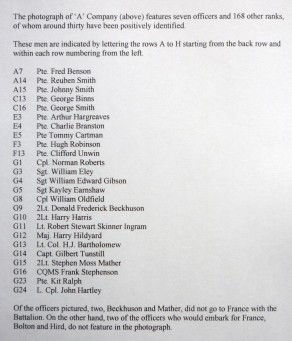 ANOTHER SETTLE SOLDIER DIES FOR HIS COUNTRY

Official information has been received by Mr. Joseph Bell of Settle, that his son, Private Robert William Bell, had been killed in action on 5th October last. The deceased joined what is locally termed 'Tunstill's men' in September 1914, crossing to France in August 1915, since when he never had leave. He was aged 30, and prior to the war worked as a joiner and cabinetmaker with his father.

The above is a photograph of Private Robert William Bell, son of Mr. Joseph Bell, of Settle, who was killed in action in France, as reported in our columns last week, on October 5th 1916. Pte. Bell joined Captain Tunstill's Company in September 1914, and went to France in August 1915. He was a joiner and cabinet maker with his father and was 30 years of age.

The following men have answered the appeal by joining the Settle Company of the 10th Battalion of the Duke of Wellington's West Riding Regiment:-

ANOTHER SETTLE SOLDIER DIES FOR HIS COUNTRY

Official information has been received by Mr. Joseph Bell of Settle, that his son, Private Robert William Bell, had been killed in action on October 5th last. The deceased joined what is locally termed Tunstill's men' in September 1914, crossing to France in August 1915, since when he never had leave. He was aged 30, and prior to the war worked as a joiner and cabinet maker with his father.

DEATH OF MR. JOSEPH BELL - A well-known and highly respected townsman passed away on Sunday morning, in the person of Mr. Joseph Bell, joiner and wheelwright, Chapel Hill. Sixty-nine years of age, the deceased had been ailing for twelve months, but he had only been confined to the house for the past six weeks. His father, who belonged to Long Preston, came to Settle in 1829, and founded the business to which deceased in due course succeeded and carried on with much success. The latter had also during the last forty years added to the business that of furniture broker, and he was a well-known figure at sales in this district. In the public and social life of Settle Mr. Bell also played a useful part for many years. He served on the Parish Council for a number of years, was an enthusiastic member of the old Volunteer Company, retiring with the rank of colour sergeant, and was also a keen supporter of the Settle Cricket Club, undertaking the duties of umpire for many years. In Friendly Society work also he was greatly interested, and was secretary of the Friendly United Order cf Mechanics for forty years, only retiring from this position a few months ago. He leaves a widow and five grown-up children. One of his sons, Private R. W. Bell, West Riding Regiment, was killed on the Somme on October 4th, 1916, while another, Sapper J. Bell, is serving with the Royal Engineers. At the funeral, which took place at Settle Church on Tuesday afternoon, representatives were present from the Friendly United Order of Mechanics and several other of the organisations with which deceased had been associated. The service was conducted by Rev. R. Wilson.