1901 Southbourne, Hampshire Census: Mount Pleasant, Church Road - Statham B. Muff, aged 14 years, born Ilkley, Yorkshire. [Statham and his brother Philip B. were pupils at a school that was run by Ellen M. Jones.] 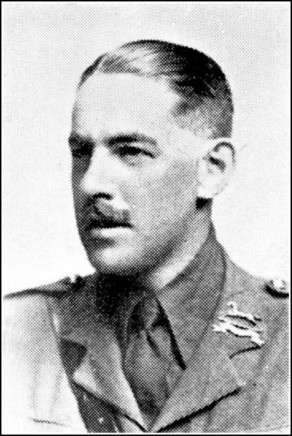 Major Statham Broadbent Maufe, West Yorkshire Regiment, died of wounds on July 5th. The late Major Maufe was the eldest son of Frederick Broadbent and Helen Mann Maufe, of Warlbeck, Ilkley, and husband of Hilda Maufe, of Acomb, York. He was educated at Uppingham and Clare College, and joined the Army in 1910, and he was recently mentioned in despatches. Two of his brothers are also in the Army.

A stone memorial tablet, placed on the south wall of St. Margaret’s Church, Ilkley, to Major Statham Broadbent Maufe, 11th Battalion West Yorkshire Regiment, was dedicated and unveiled at a special memorial service in the church on Sunday morning by the Rev. H. J. Glennie, vicar. Major Maufe, who was 20 years of age, was the eldest son of Mr. and Mrs. F. B. Maufe, Warlbeck, Ilkley. He fell in the battle of the Somme, July 5th, 1916, and was buried at Heilly-sur-Ancre. Mr. and Mrs. Sidney Kellet, Middleton Lodge., Ilkley, are placing a stained glass window in St. Margaret’s Church, Ilkley, “to commemorate the great men of the Army and Navy, who won the war for England,” which will bear the names – Roberts, Jellicoe, Beatty, Plumer, Kitchener, French, Haig, and Allenby. A tablet is also to he placed in the church to the memory of Canon William Danks, M.A., vicar of the church from 1874 to 1879, and from 1883 to 1890, who was afterwards Archdeacon Richmond and Canon of Canterbury. He was born in 1845, and died at Canterbury in 1916.

Major Statham Broadbent Maufe, West Yorkshire Regiment, died of wounds on July 5th aged 29 years. Major Maufe was the eldest son of Mr. and Mrs. Frederick Broadbent Maufe, of Warlbeck, Ilkley, and the husband of Mrs. Hilda Maufe, Acomb, York. He was educated at Uppingham and Clare College, Cambridge, and joined the Army in 1910. He was recently mentioned in despatches. Two of his brothers are also in the Army, one in the Wharfedale Howitzer Brigade, and the other in the Royal Garrison Artillery.

Mr. Flint has received the following letters in acknowledgement of parcels sent out:–

W.H.S. Barker writes:–“Thanks for parcel. I suppose the show was not held again this year. However, I hope it will be all the go again next year, and that I shall have the pleasure of being there, because I do not think this job will last quite another 12 months. I managed to get hold of our old district paper the other day, and I noticed that two or three of the Addingham boys are mentioned. Young Keighley was one of them. He was lucky to get a happy wound, because this little push which is now on is not what one could call a picnic. A large number of fine fellows have gone under, and much to our sorrow we lost our major, Major T.S. [S.B.] Maufe, late of Ilkley. He was one of the best.”