Ernest Gordon Maufe was the son of Charles James and Annie Maria Maufe, née McConnel. Charles, whose surname was originally Muff, was born at Bradford, Yorkshire and Annie at Chorlton, Manchester, Lancashire. Ernest was the cousin of T/Major Statham Broadbent Maufe (q.v.) and 2nd Lieutenant Thomas Harold Broadbent Maufe, who was awarded the Victoria Cross in 1917.

Ernest was married to Emily Harris in 1910.

The British Army Service Record for Ernest Gordon Maufe exists but may be incomplete. 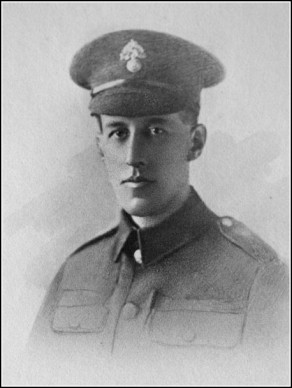 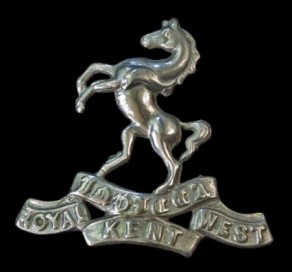 [Ernest Gordon Maufe was killed in action on the 6th October 1916.]

Ernest Maufe was born into a Bradford family which until 1909 was known as Muff. Under that name, the family firm of Brown, Muff & Co. was very well known as Bradford’s leading department store whose premises may still be seen on Market Street although the firm has disappeared. It was renowned as ‘the Harrods of the North’. The family fortunes were made when Betsy Muff married Henry Brown, whose mother Elizabeth founded a successful business as a quality draper in 1814. Betsy’s brother Thomas Parkinson Muff was employed by Henry, then in 1845 became his business partner. The growth of the company can be seen in the rising number of assistants Thomas employed, from twelve (1851) to forty-two (1881). The company had its own factory, manufacturing carpets, bedding and furnishings. When he died in 1901, Thomas was worth over £160,000— £10 million today. The family moved to Ilkley in the 1860s. His three sons Henry, Charles James and Frederic [sic] Broadbent Muff continued the business and formed a private limited company in 1905. In 1909, the three brothers changed their name by deed poll to Maufe, giving rise to the doggerel ‘In Bradford 'tis good enoof, To be known as Mrs Muff, But in Ilkley by the River Wharfe, 'Tis better to be known as Mrs Maufe!’

Ernest was born in Ilkley in 1885, the eldest child of Charles James Muff and his wife Annie Maria, nee McConnel. He went to Bradford Grammar School in 1899 at fourteen, starting in Fourth Form Modern. Art and History were his best subjects (3rd and 8th), and over the next two years his French improved noticeably. In his last full year, in 5th Classical, he studied only French, Natural Sciences and Maths. His school years came to an abrupt end, probably when he reached eighteen early in 1903. If he is the G. Muff who played for the Football XV 1902-03, he was a well-built forward and a good dribbler of the ball. The Maufe Prizes which are still awarded at Speech Day were instituted by his uncle, while his brother was at B.G.S. 1903-1908 and went on to Trinity College Oxford.

Ernest joined the family business after school, and in 1910 he married Emily Cecilia Harris, from Pateley Bridge, the daughter of a railway engineer.

Possibly this led to tension with his family, for the couple set up home in Guiseley rather than Ilkley, and Maufe opened his own drapery shop. In 1913 they had a daughter, Eileen Gordon Maufe. At the end of 1915 they moved to Barnstaple in Devon, where Ernest purchased a drapery shop on the High Street and involved himself in the life of the community. He became an early member of the local Volunteer Training Corps which was open to those who had ‘genuine reasons’ for not enlisting. He was disappointed if he hoped this would exempt him from compulsory service, which was extended to married men in late May. On the 27th, he attested at Barnstaple and was posted to a Royal Fusiliers’ training battalion. After 12 weeks basic training he was sent to Rouen in France, and he joined the Royal West Kents at the Somme on 14th September. The reinforcement drafts were kept back from the trenches, where the battalion was taking part in the attack the next day, as they had not trained for it. Three weeks later, on 3rd October the battalion entered the trenches near Eaucourt l’Abbaye for an attack planned for the 7th. Maufe was killed on 6th October, presumably by shell-fire. He had been in France for 38 days. If burial was possible, Maufe’s grave was lost. In the hand-written records a clerk misread his name as ‘Mange’ and so he was wrongly recorded on the Thiepval Memorial and his medals. His wife received a weekly pension of 18s. 9d. She remarried in 1920. Their daughter Eileen died in 1994. His brother served with the 6th West Yorkshire Battalion and survived the war.

This photo is from the O.B.A. Roll of Honour—another version is in the Christ Church Ilkley Roll of Honour. In addition to researching the records on Ancestry.com, I have benefitted from the findings of Tricia Platts who kindly shared her research on Ernest’s brother and cousins; Edward Wild’s post on ‘Ilkley at War’ (https://www.facebook.com/permalink.php?story_fbid=768601406505428&id=668984026467167&substory_index=0 accessed 1-10-2016); and ‘Craven’s Part in the Great War’ (http://www.cpgw.org.uk/soldier-records/ernest-gordon-maufe/ acc 29-9-2016). The Bradfordian states that Maufe was at B.G.S. 1898-1903, however he is not in the Annual Report published at midsummer 1899 (for the year 1898-9), and his name is in the 1903 Annual Report with no results for any subject. He was eighteen in January or February 1903. The Bradfordi-an April 1903, vol. viii no. 68, p. 38, included G. Muff in the ’Characters of the Team’. No G. Muff is listed in the Class Lists for 1902-3, which suggests this may be Ernest Gordon Muff, if he was known by his second name. It states he was 5’ 11” (his Service Record states 5’ 10”) and weighed 11st. 2lb. He was a forward, who attended practices regularly. He does not seem to have played at Ilkley as he is not in the Yorkshire R.F.U. Roll of Honour.
For Maufe’s move to Devon, see articles in the Western Times and the North Devon Journal, http://www.genesreunited.co.za/searchbna/results?memberlastsubclass=none&searchhistorykey=0&keywords=maufe&county=devon%2c%20england&from=1915&to=1916 accessed 2-10-2016. For the V.T.C., https://en.wikipedia.org/wiki/Volunteer_Training_Corps_(World_War_I) and https://www.worldwar1postcards.com/real-photographic-ww1-postcards.php accessed 2-10-2016. For conscription, http://www.longlongtrail.co.uk/soldiers/a-soldiers-life-1914-1918/enlisting-into-the-army/the-1916-military-service-act/the-may-1916-extension-of-the-military-service-act/ accessed 2-1-2016.
He arrived at 39th Infantry Base Depot on 1st September (http://1914-1918.invisionzone.com/forums/index.php?/topic/76772-infantry-base-depots/ accessed 2-10-2016). He was initially posted to the 17th Royal Fusiliers, before he was transferred to the West Kents. This explains why his photo shows him wearing a Royal Fusiliers cap badge.

This biography was compiled and composed by Nick Hooper, October 2016 ([email protected]) 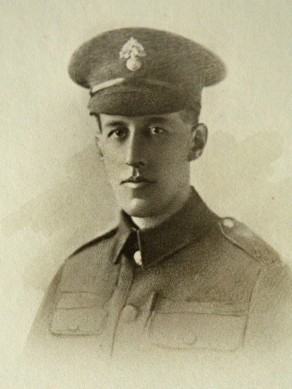 Courtesy of Bradford Grammar School and the Old Boys Association 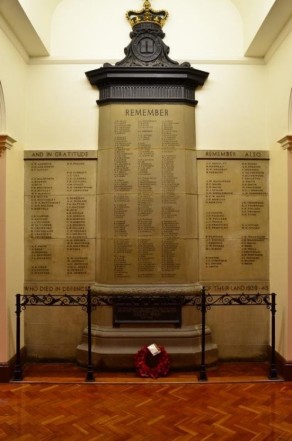 One Response to Ernest Gordon MAUFE