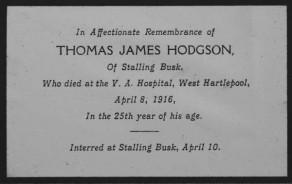 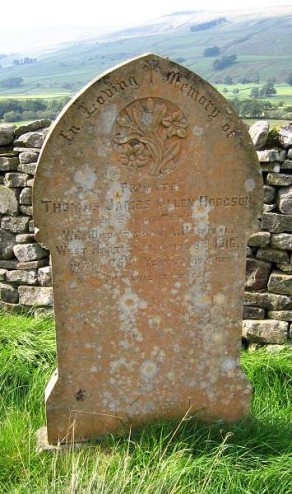 We often sit and think of him,
And think of how he died;
Could we have raised his dying head,
Or heard his last farewell
The grief would not have been so hard,
For those who loved him well.

Ever remembered by his Brother and Sister-in-law, West Scarr, Garsdale.