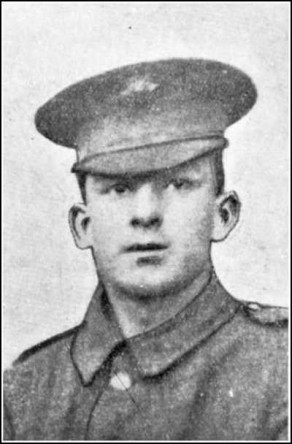 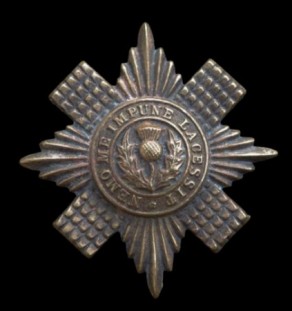 News is to hand that Private Harry Sayers, of Queen Street, Steeton, is in hospital somewhere in France, having been gassed. Private Sayers, who enlisted in the Second Life Guards last November, was sent to the Front in May.

Another Steeton soldier – Private T. Robson, 2nd Scots Guards, who also enlisted in November, was with another five of his regiment in a dug-out when a shell burst and five of his comrades were killed or wounded and Private Robson had to liberated from the fall of earth very little worse for his experience.

Previous to joining the Army both Sayers and Robson were in the employ of John Clough and Sons, manufacturers, and were popular with their fellow workmen.

On Tuesday morning a letter from the War Office conveyed to Mrs. E. Robson, of 20, Elmsley Street, Steeton, the sad news that her son, Private Tom Robson, of 1st Battalion Scots Guards, had died in France from wounds received in action. Private Robson, who would have been 21 next week, died on the 7th of October, and in a letter sent on the 5th to his mother stated that he was just leaving the hospital, having been indisposed. It was evident the young fellow had gone straight to the firing line, there to receive the wounds which within a few hours caused his death. Popular to a marked degree amongst his many Steeton comrades, the deceased soldier enlisted a year ago, being at the time an apprenticed overlooker in the spinning department at Messrs. John Clough and Sons, manufacturers. Private Robson is the fourth Steeton soldier to meet his death fighting for Right against Might.

ANOTHER STEETON SOLDIER KILLED IN FRANCE

Mrs. E. Robson of Elmsley Street, Steeton received official notification from the War Office on Tuesday morning that her son, Private Thomas N. Robson, of the 1st Battalion 1st Division of the Scots Guards, had died of wounds received in action on October 7th. He died in the First Clearing Hospital, but the nature of his wounds is not stated.

Private Robson, who would have been 21 years of age the week following his death, before the war was serving his apprenticeship as a drawing overlooker at Messrs. John Clough and Sons. In the early part of November last he answered his country’s call, and after about three months’ training he was drafted to France. The last letter received by his mother was dated October 2nd, in which he said he was going to join his regiment after coming out of hospital the day before, where he had been two or three weeks suffering from a severe chill. Much sympathy is felt for Mrs. Robson, who has another son who answered his country’s call in Australia and joined the Colonial Forces. He is now fighting in the Dardanelles.

DEATH OF A SOLDIER – Mrs. E. Robinson, Elmsley Street, Steeton, has this week received word from the commanding officer of the Scots Guards stating that her son Thomas was severely wounded in the back by shrapnel on October 6, and died on October 7, in the 1st Clearing Casualty Hospital. Mrs. Robinson received official news of her son’s death about three week’s ago. She also received news on Tuesday night from her son William, who joined His Majesty’s Forces in Australia, that he was now in hospital in Mudros, suffering from dysentery.

Mrs. E. Robson, Elmsley Street, Steeton, received word on Thursday morning that her son, Pte. Willie Robson, had died of wounds on July 27th. Pte. Robson, who was 23 years of age, emigrated to Australia nearly four years ago, and on the outbreak of war joined the Australian Expeditionary Force, and was in the fighting in the Dardanelles. He was afterwards transferred to France, where he met his death. Pte. Thos. Robson, of the Scots Guards, a younger brother, was killed in France last October.