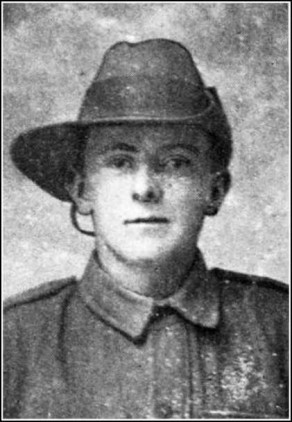 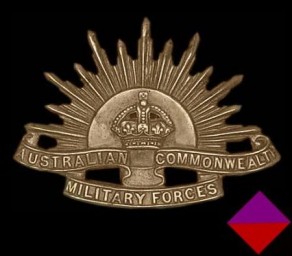 Mrs. E. Robson, Emsley Street, Steeton, received word on Thursday morning that her son, Private Willie Robson, had died of wounds on July 27th. Pte. Robson, who was 23 years of age, emigrated to Australia nearly four years ago, and on the outbreak of war he joined the Australian Expeditionary Force. He was in the fighting at the Dardanelles and was afterwards transferred to France where he met his death.

Pte. Thomas Robson of the Scots Guards, a younger brother, was killed in France last October.

The photograph given above is that of Pte. Willie Robson, son of Mrs. E. Robson, Emsley Street, Steeton, the latter of whom had news of his death from wounds received in action yesterday week, August 10th. Pte. Robson, who was 23 years of age, emigrated to Australia nearly four years ago; and on the outbreak of war joined the Australian Expeditionary Force. He was in the Dardanelles campaign and was afterwards transferred to France. A younger brother, Pte. T. Robson, of the Scots Guards, was killed in action in France last October.

As reported in our last week’s issue, a well-known Steeton young man in the person of Pte. William Robson of the Australian Forces on the Western Front has met his death whilst fighting for the Motherland. The deceased soldier, who was 23 years of age, was together with four other comrades killed by a shell on July 29th. The sad news was conveyed to Mrs. Robson who resides in Emsley Street, by a letter from a Lance-Corporal in her son’s section who is at present in hospital at Sandgate, he having been wounded after Pte. Robson’s death. The Colonials had been heavily shelled for several days.

Mrs. E. Robson, Elmsley Street, Steeton, received word on Thursday morning that her son, Pte. Willie Robson, had died of wounds on July 27th. Pte. Robson, who was 23 years of age, emigrated to Australia nearly four years ago, and on the outbreak of war joined the Australian Expeditionary Force, and was in the fighting in the Dardanelles. He was afterwards transferred to France, where he met his death. Pte. Thos. Robson, of the Scots Guards, a younger brother, was killed in France last October.