Tom Harry Hutchinson was the son of Henry and Hannah Hutchinson, née Wormald. Henry was born at Bewerley and Hannah at Pateley Bridge, Yorkshire.

In the CWGC information Tom's battalion is given as the 7th (Service) Battalion, K.O.Y.L.I. This battalion was disbanded in France on the 20 February 1918 and Tom never served with them. 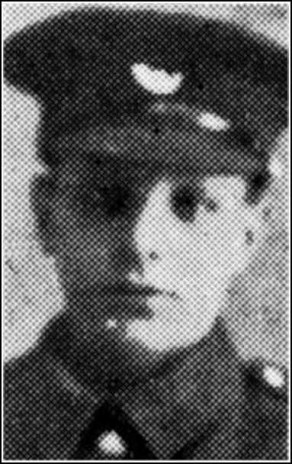 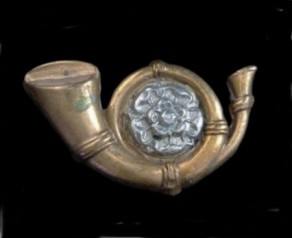 Mr. H. Hutchinson, George Street, Carleton, has received the sad news from the War Office that his son, Private T. H. Hutchinson, was killed by the bursting of a shell in France on November 2nd. Private Hutchinson was in the K.O.Y.L.I., and only went out to France on July 16th last. He was nearly 19 years of age.

We give a photograph of the late Private T. H. Hutchinson, K.O.Y.L.I., son of Mr. H. Hutchinson, George Street, Carleton, who was killed in France on November 2nd, as reported in last week’s ‘Herald.’

He left his home in the flower of youth,
He looked so strong and brave;
We little thought how soon he’d be
Laid in a hero’s grave.
We often sit and think of him,
And think of how he died;
It seemed so hard for us to part
And never say good-bye.

Sleep on, dear brother, and take your rest,
They miss you most who loved you best;
We never forget you, nor do we intend,
For dearly we loved you and will to the end.

From his loving Sister and Brother-in-law, Lizzie and Tom.