Vivian was married to Phyllis Procter in 1914. Phyllis married Charles Crisp in 1925 in Australia.

Vivian is commemorated on All Saints' Church Parishioners' Memorial Plaque, Otley; on a memorial in St Mary's Church, Ebberston, Yorkshire and in The Duke of Wellington's Regiment Chapel, York Minster (wooden chair with dedicatory brass plaque on back). 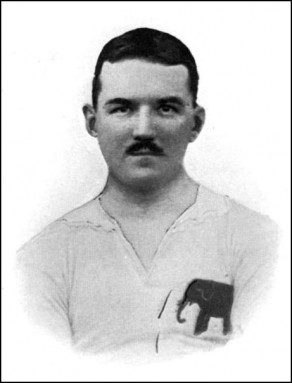 Additional Information: Husband of Phyllis Kidd, of 45, Cross Fleet Row, Beeston, Leeds. (CWGC Headstone Personal Inscription: LO, I AM WITH YOU ALWAYS. THY WILL, NOT MINE, O LORD)

HONOUR FOR A WHARFEDALE OFFICER

Captain Vivian Kidd, stepson of the Vicar of Otley, has been awarded the Military Cross for his services in Gallipoli. He was adjutant in the 8th West Riding Regiment, and was mentioned by Sir Ian Hamilton in a list of officers and men whom he wished to bring to the notice of the Secretary for War in connection with the operations described in his despatch of December 11. Captain Kidd is the elder of two sons of Mrs. Shettle, wife of the Vicar of Otley. He was wounded on August 21 during one of the big battles on the peninsula, and was taken to a London hospital. The colonel of the Battalion was out of action at the time, and Captain Kidd was leading the attack when he was wounded. His brother, Lieutenant Philip C. Kidd, has been a prisoner of war since October, 1914.

Old Skiptonians will regret to hear of the death in action of Major Vivian Novell Kidd, son of the late Mr. William Kidd, of Otley, and a grandson of the late Rev. P.C. Kidd who was Rector of Skipton for many years. Major Kidd, who was well known in Rugby Union football circles at Headingley and Otley, joined the Army from Sandhurst about eleven years ago in the Duke of Wellington’s Regiment, and when killed he was second in command of a service battalion of that regiment, and was expecting his promotion to lieutenant-colonel. He was with the battalion at the landing at Suvla Bay as captain and adjutant. And when his superior officers became casualties he took command. Afterwards as staff captain he acted as D.A.A. and Q.M.G. to a division in France. Only a few weeks’ ago he rejoined his regiment as second in command. At the commencement of the war he was adjutant at the regimental depot at Halifax. He was a son-in-law of Major Cecil H. Taylor, O.C., 13th Battalion West Riding Voluntary Regiment, and was in his 30th year.

In a letter to the widow the Lieut.-Colonel commanding his battalion says:– “He is a great loss to us in the regiment, as he was such a fine soldier, and should have risen high in his profession. I am thankful to say the doctors think that he death was quite painless. We are going to bury him tomorrow in a cemetery near here. Everybody throughout the division is much upset at his loss, as he was very highly thought of.”

Major Kidd’s brother, Lieut. Philip C. Kidd, of the Princess of Wales’ Own (Yorks.) Regiment, was wounded and reported to be a prisoner of war in October 1914.