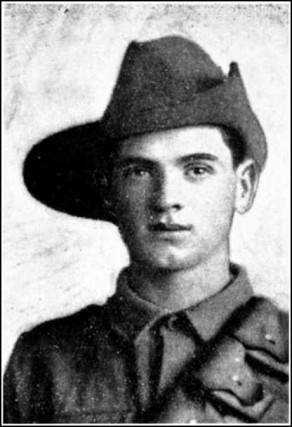 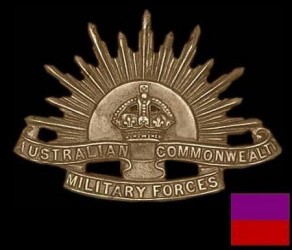 During the past week several men have left to join the respective branches of the service. News is to hand that a former Steeton resident, Mr. W. Brooksbank, son of Mr. R. Brooksbank, of Emsley Street, Steeton, has joined one of the Australian contingents. He has been resident in Victoria for several years, was formerly a prominent association player and referee, and a member of the St. Stephen's C.L.B., and is the 22nd past and present member of that organisation who has joined the forces. The call has also been responded to by another former Steeton young man, Mr. E. Myers, a son of Mr. D. Myers, having joined the New Zealand contingent.

Steeton has during the past week contributed a satisfactory quota of recruits to the 'boom' at Keighley, and the village has now only a few more to provide before reaching the high percentage of eight. The residents of Elmsley Street, Steeton, have every reason to be proud of their response parents in that portion of the village having given 25 soldiers to the army during the war, and included are seven pairs of brothers and a quartette. The family to have the distinction of sending four sons to Kitchener's Army is that of Mr. Ramsden Brooksbank. Harry Brooksbank is in the R.A.M.C., Willie, his brother, is with the Australians at the Dardanelles; Harold Brooksbank is with the 'Dukes' in France, and his younger brother, John, is in the C.L.B. Battalion of the King's Royal Rifle Corps.

In a letter written to his mother on Saturday last from a base hospital at Versailles, Private John Brooksbank, of the 16th Battalion King's Royal Rifles, conveyed the information that on the Thursday morning previous, whilst on duty in the fire trench, he was wounded by an explosion caused through a rifle grenade bursting. The bay had five occupants, one was killed, and the other four, including Private Brooksbank, were wounded. The Steetonian's injuries are to the muscles of his left arm, and in several places in the wrist, through which splinters passed.

Private Brooksbank is one of four brothers who are with the colours, three of them joining when the 'call' came, and one of them, Willie, was with the Australian Expeditionary Forces in the East when last heard of, no news of him having been received by his parents since last July.

After months of suspense as to the fate of their son, Private Willie Brooksbank of the 6th Battalion Australian Forces, Mr. and Mrs. R. Brooksbank of 4, Elmsley Street, Steeton, have been officially informed that he was killed in action in the Dardanelles on August 7th.

Numerous enquiries as to the deceased soldier's whereabouts have until this week failed to elicit satisfactory news. No casualty was reported from headquarters and Red Cross sources, and as no parcels or letters were returned the fallen soldier's parents had hopes of his safety, but the sad news of his death came as stated.

Private Brooksbank was one of four brothers who are with the Colours. He emigrated three years ago to Australia and on war being declared joined the forces. The deceased soldier, who was 26 years of age, was a former member of the C.L.B. at Steeton, and is the third of that organisation to make the supreme sacrifice. As a footballer in the Keighley and District League, and afterwards as a referee, he was deservedly respected for his sportsmanlike conduct, and his death is regretted by a large circle of friends in the Steeton district. Previous to emigrating Private Brooksbank was in the employ of John Dixon and Sons, bobbin manufacturers, Steeton.

Private Willie Brooksbank of the 6th Battalion Australian Forces, son of Mr. and Mrs. R. Brooksbank, 4, Emsley Street, Steeton, killed in the Dardanelles on August 7th, 1915, the news of whose death was only received last week. A sketch of the deceased, aged 26 years, was given in the Craven Herald last week.

CRAVEN VILLAGE INSTITUTES - IDEALS AND ASPIRATIONS FOR THE FUTURE

The quarterly meeting of the Craven and District Village Institutes' Association was held at the Steeton Mechanics' Institute on Saturday afternoon, under the chairmanship of the Rev. A.C. Blunt, of Gargrave, the newly-appointed president for the ensuing year. Delegates were present from Gargrave, Oakworth, Cross Roads, Kildwick, Steeton, Cononley, and Gisburn.

Mr. Alfred Stell, president of the Seeton Institute, extended a cordial welcome to the new president and the delegates...

The Secretary (Mr. J. Holdsworth) next read the following letter from Captain Cedric F. Horsfall, the late president, written from the trenches in France:-"Many thanks for your letter which I received a few days ago in the front trenches. You have, of course, done quite right in electing another president, and just as I should have wished you to do. I feel as though I have been of little or no use during my two years of office, owing to the circumstances over which I have had no control. After the war I assure you and your Association that you shall have my active support, as I know there is much scope for your work, especially after this war, and when unavoidably the home ties of many of the men will be weakened. I can see some difficulty in preventing wholesale emigration from our villages to the towns and the colonies, and every inducement will be required to keep them in the villages. I think the Institutes might do much to meet this need. I wish you to convey to your Committee my sincerest thanks for the honour they have done to me in allowing me to keep the position of president during these two eventful years. I wish you every success in your work in the future and I am sure that you will get much valuable advice and assistance from your new president, Mr. Blunt. I hope it is not out of place if I add a word of admiration of the men in this Battalion, many of whom come from our villages, and most of whom have been members of the various Institutes. They have not had an easy time lately, but they seem to thrive on work and do it with a good heart, and shelling hardly disturbs them at all."

The Secretary read a list of the Steeton men who have been killed and wounded as follows:-

The resolution of sympathy was carried by the delegates rising in their places...

Happily there has during the closing months of the past year been few casualties amongst Steeton's soldiers to report. Since the commencement of the war the following well-known local soldiers who have been residents in the village have given their lives for the cause of right and humanity.-Arthur Smith, William Dawes, Herbert Dove, Thomas Robson, James Walker (died in training period), Willie Brooksbank, Ewart Myers, Thomas Fitzsimons, Prince Dawson, Fred Ellison, R. Nicholson, W.H. Teale, William Naylor, William Robson, Joseph Hale, Clarence Wilson, Mathias Dove, James Dove, John Nelson, whilst to add to the above are the names of Spencer Cliff missing since the ever-to-be-remembered landing at Suvla Bay in August, 1915, and Wright Cockshott who has been included in the list of those missing since the early autumn of 1916. Several soldiers whose occupations necessitated residence in the village previous to the war have 'made the sacrifice' but are not included in the list.