William James Morrison (born 1 April 1894) was the son of James and Lucinda Mary Morrison, née Hasler. James was born at Liverpool and Lucinda at Everton, Lancashire.

William is listed in the Nominal Roll of the 1/6th Battalion Duke of Wellington's (West Riding Regiment): Pte. W.J. Morrison.

The British Army Service Record for William James Morrison exists but may be incomplete.

William is commemorated in the ‘Borough of Keighley Roll of Honour’ and on the Roll of Honour of St. Barnabas Church, Thwaites Brow, Keighley. 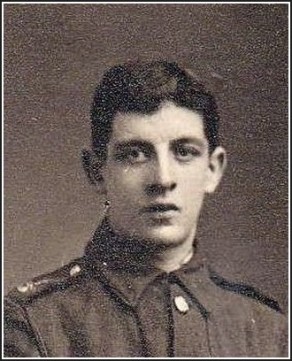 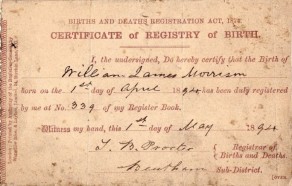 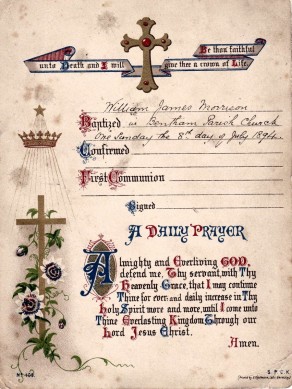 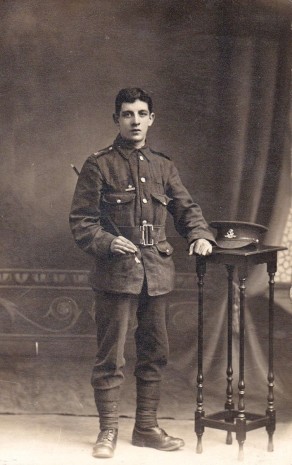 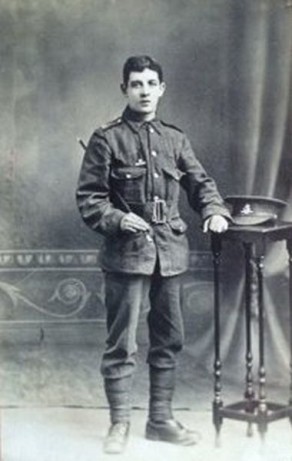 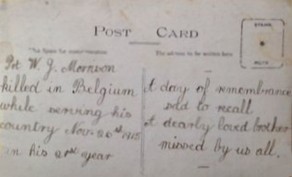 Information on back of photograph above 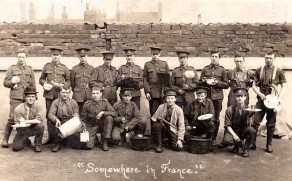 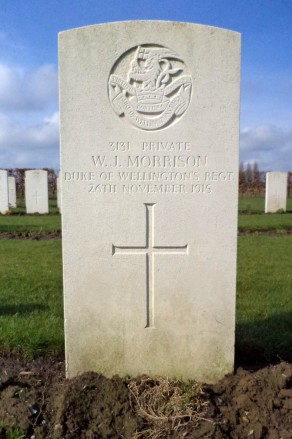 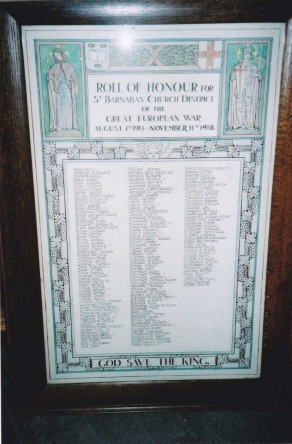 William and his younger brother, Thomas Hasler Morrison, who survived the war, are named on the Roll of Honour

CRAVEN AND THE WAR – CASUALTIES