William Tomlinson was the son of William and Mary Ann Tomlinson, née Darwen and brother of Rifleman Robert John Tomlinson (R/20256) (q.v.). Their parents were born at Ingleton, Yorkshire.

1891 Giggleswick, Yorkshire Census: Union - William Tomlinson, aged 9 years, born Ingleton, Yorkshire. [William, along with his two sisters (Nellie and Nora) and his two brothers (Malcolm and Robert John) were all inmates. Their mother had died in 1888. Their father was boarding at The Bank, Ingleton, with Thomas Tomlinson, who was probably a relative.]

William was married to Jane Renton in 1904. 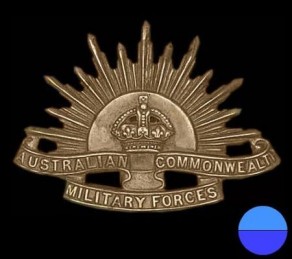 TOMLINSON – In affectionate remembrance of our dear brother, R. J. Tomlinson (Bob), who died of wounds in France, September 16th 1916.

Ever remembered by his brothers, Malcolm and Will (A.I.F.), 62, Herrick Street, Liverpool.

Bad news has again reached Mr. William Tomlinson, who resides with his son at Liverpool, that his second son, William, fell in action on October 13th in France. The late soldier was well known in Settle and district and was with the Australian Forces, having emigrated some 10 or 11 years ago. He was educated at Giggleswick National School and was brother to Robert John Tomlinson who died of wounds on September 16th 1916, in France.