Charles was married to Ada Lister in 1913. 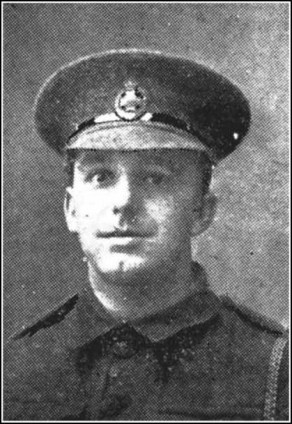 For the West Yorkshiremen it was a hard summer, but the days and nights spent in work on the defences were later to benefit the troops who held them when the heavy hostile offensive of 1918 began. There is little of outstanding interest in the diaries until 31st August, when the 17th West Yorkshires sustained heavy losses in a small enemy attack launched against the Knoll.

At 4-50 a.m. the enemy placed a very heavy trench-mortar and artillery barrage on the Knoll and Gillemont Farm. Under cover of the bombardment the enemy rushed the Knoll, entering the trenches on either flank. The situation was not clear for some time, all communications forward of Battalion Headquarters being severed from the start. The enemy obtained possession of the Knoll almost immediately. At 9 a.m. the Divisional guns were turned on the Knoll, lifting to a box barrage around it at 9-20 a.m. One company of the 17th West Yorkshires then counter-attacked but was unable to retake the lost ground. In the afternoon patrols, sent up the communication trenches, definitely located enemy posts in the trenches on the summit of the Knoll, but under orders from Divisional Headquarters further attacks, for the time being, were cancelled. The Battalion Diary of the 17th West Yorkshires records that their casualties were: Officers, two killed (names not given) five missing, six wounded (three at duty); other ranks, seven killed, fifty-six wounded, fifty-three missing.

[Charles Lewis Tranter was killed in action on the 31 August 1917.]

A LOYAL WORKER FOR THE COTTAGE HOSPITAL

By the death of Mrs. Charles Tranter, 5, Byron Street, Skipton, the Skipton and District Hospital has lost a faithful and conscientious worker. She has acted as secretary to the Old Patients’ Association, in which capacity she had accomplished a great deal of most useful service. She had also been an excellent worker on the Hospital Gala Committee, and quite recently had been elected on what is known as the combined committee. She was also secretary of the Skipton Co-operative Women’s Guild, and as recently as Saturday, April 29th, attended a conference in connection with the Co-operative Women’s Guild movement at Doncaster. On the following day, however, she became ill and died on Monday last. Much sympathy is felt with the husband and family.

FATE OF A SKIPTON SOLDIER

Much anxiety is felt as to the fate of Pte. Charles Lewin Tranter, West Yorkshire Regt., son of Mr. Charles Tranter, Byron Street, Skipton. His wife, who lives with her father, Mr. W. Lister, Craven Hotel, has received the following letter from Sec.-Lieut. Denis G. Garbutt:– “It is with the deepest regret that I have to write and tell you that your husband, Pte. C. L. Tranter, is believed to have been killed. He was gallantly doing his duty, going over the top in an attack, and was seen to fall. If he was wounded he is probably now a prisoner of war, in which case you will hear in due course. I beg to offer, on behalf of all the officers and his comrades, our sincerest sympathy.”

Twenty-five years of age, Pte. Tranter enlisted in September 1916, and went out to France in the early part of this year. He was formerly a grocer in the employ of the Skipton Co-operative Society, and for several years was a member of the Christ Church choir.

The death is now officially presumed of Pte. Charles Lewis Tranter, son of Mr. Chas. Tranter, Byron Street, Skipton, who had been-missing since August 31st, 1917. The deceased was 25 years of age, and prior to joining the West Yorks. Regiment in September, 1916, was employed as a grocer at the Middletown Branch of the Skipton Co-operative Society. He was a member of the Conservative Club, and for some years sang in the Christ Church choir. His wife resides at the Craven Hotel, Skipton.

Mr. and Mrs. John Wiggan, of 86 John Street, Nelson, who formerly lived at Bold Venture Terrace, Skipton, have been informed that their son. Private Willie Wiggan, West Yorkshire Regiment, is now officially presumed to have been killed in the fighting near Guillemont on August 31st, 1917, since which date he had previously been reported missing. Twenty-eight years of age, deceased was a farm labourer at Nelson before joining up in September, 1916, and he had been in France since December, 1916. He had many relatives and friends in this district, and it is a notable fact that the late Private C. L. Tranter, of Skipton, and he joined the same regiment, trained together, and were reported missing on the same date. Should this meet the eye of any chums of Private Wiggan, who can throw any further light on his fate, his parents would be grateful if they will communicate with them.

[The marriage is of the sister of Private Charles Lewin Tranter]

It was with deep sympathy and regret that one heard the news on Monday morning that Mrs. Tranter, wife of Mr. Charles Tranter, of 5, Byron Street, Skipton, had passed away. She had been a very faithful and diligent worker for the hospital, and her services will be greatly missed. She was the Secretary of the Old Patients Association, and an excellent worker on the gala committee, and only recently she had been elected to the combined committee. She was also secretary of the local Ladies’ Guild of the Co-operative Society, taking great pains with her work, and her absence will be keenly felt. Only as recently as Saturday week she attended meetings at Doncaster, acting as delegate for the Branch. She was taken ill the day following, and died on Monday as stated.

Mrs. Tranter, wife of Private Charles Lewin Tranter, of the West Yorkshire Regiment, has received the following letter concerning her husband from Second Lieutenant Dennis G. Garbut:– “It is with the deepest regret that I have to write and tell you that your husband, Private C. L. Tranter, is missing and is believed to have been killed. He was gallantly going his duty going over the top in an attack and was seen to fall. If he was wounded he is probably now a prisoner of war, in which case you will hear in due course. I beg to offer on behalf of all the officers and his comrades in the ranks our sincerest sympathy.” Private Tranter enlisted in September last year, and went out to France in the early part of the New Year. He was 25 years of age, and was formerly employed by the Skipton Co-operative Society in the grocery department. He was also for five years a member of the Christ Church choir. He leaves a widow and two children. He is the son of Mr. Tranter, of 5, Byron Street, Skipton.