Ewart Gladstone Myers was the son of Daniel and Elizabeth Myers, née Bingley. Daniel was born at Yeadon and Elizabeth at Rawdon, Yorkshire.

Ewart’s brother, Bingley Myers, served with the New Zealand Rifle Brigade and was severely wounded at Le Quesnoy on the 4 November 1918 which resulted in his right leg being amputated. 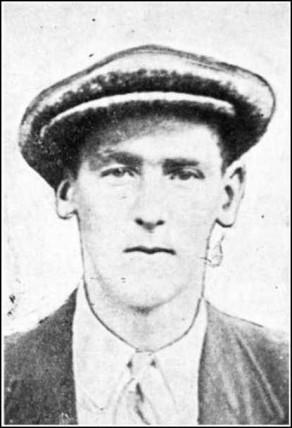 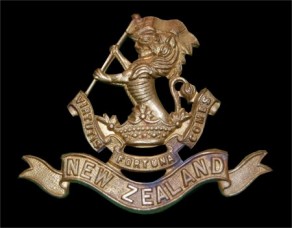 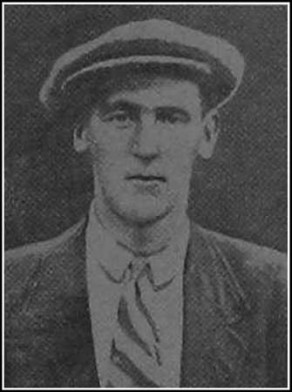 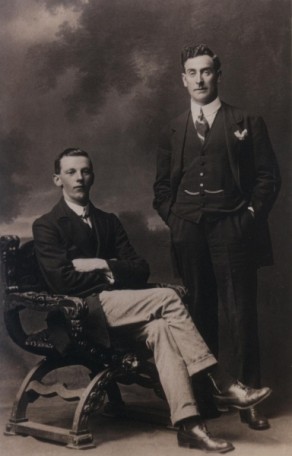 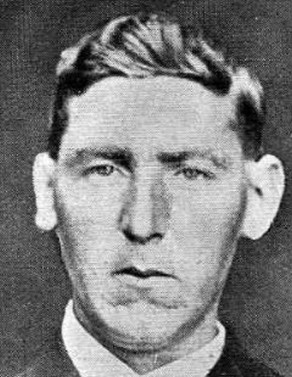 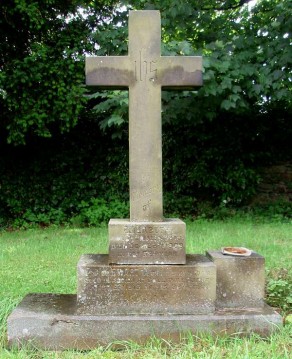 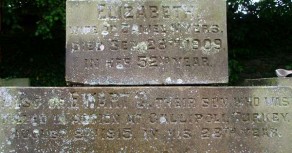 During the past week several men have left to join the respective branches of the service. News is to hand that a former Steeton resident, Mr. W. Brooksbank, son of Mr. R. Brooksbank, of Emsley Street, Steeton, has joined one of the Australian contingents. He has been resident in Victoria for several years, was formerly a prominent association player and referee, and a member of the St. Stephen’s C.L.B., and is the 22nd past and present member of that organisation who has joined the forces. The call has also been responded to by another former Steeton young man, Mr. E. Myers, a son of Mr. D. Myers, having joined the New Zealand contingent.

After being reported missing since August, 1915, Private Ewart Myers, eldest son of Mr. Dan Myers, Elmsley Street, Steeton, has been officially reported dead, a notification to that effect having been received by his father, who has also received a communication conveying the sympathy of Lord and Lady Liverpool, Governor General of New Zealand. The letter stated that what was his parent’s loss was also New Zealand’s.

From the London Headquarters of the New Zealand Expeditionary Forces (Record Office), Mr. Myers, during the past week, has received a letter which states:– “At a Court of Enquiry which was held in Egypt, from evidence received, a number of non-commissioned officers and men previously reported missing are dead.”

Added were the following:– “This is to certify that I have been informed by Headquarters that Private Ewart Gladstone Myers, who was previously reported missing, is now, by a Court of Enquiry, believed dead.”

Private Myers had been in New Zealand for a number of years, and it was the fierce fighting in the Gallipoli Peninsula during August of last year that he fell fighting for the Motherland. The younger brother, Bingley Myers, who went out to join his brother in New Zealand, has also joined the Colours in that country, and has been training for some months past.

On Friday last Mr. Dan Myers, of Emsley Street, Steeton, received a letter from his son, Bingley Myers, of the New Zealand forces, that he was in hospital, having been invalided home from France after taking part in severe fighting, which on occasions was hand-to-hand. Mr. Myers, it will be remembered, lost his eldest son last August at Suvla Bay. He had, like his younger brother, answered the call and joined the Colonial Forces, which were sent from New Zealand where both were residing at the outbreak of war. Pte. Myers went under an operation for appendicitis on Wednesday at Chelsea.

Mr. Dan Myers, 5 Elmsley Street, Steeton, received word on Monday night by wire from the War Office that his son, Private Ewart Myers, of the Wellington Infantry, was missing in action in the Dardanelles on August 8. Private Myers, who was 27 years of age, was well known in the village, and also in football circles in the Keighley district. Prior to emigrating about six years ago, he was the regular goalkeeper for the Steeton Association Football Club, then playing in the Keighley and District League. He served his apprenticeship with Messrs. John Holmes and Sons, painters and decorators, Steeton. On emigrating to New Zealand in 1909 he followed his trade, and at times he took to horse-breaking, a life which he thoroughly enjoyed. On the outbreak of war he at once answered his country’s call and joined the Hawks Bay Company of the Wellington Infantry, which went for a short time into training at Trentham, Wellington. Here his five years’ with the Keighley Old Volunteers stood him in good stead, and he left with the first batch of New Zealanders for the Dardanelles, where he has been in at the fighting line ever since. The last letter received from him by his father was dated August 1st, in which he said he had just come out of the trenches for a few days rest after being there for ten days and ten nights amidst continuous fighting; the Turkish trenches being only ten yards away. Seeing that he is reported missing on August 8th he must have had to return to the fighting in the big battle, which lasted from the 6th to the 10th, in which the British captured the crest of an important hill, which afterwards had to be abandoned.