George is commemorated on the War Memorial of University College, Reading and the North Riding County Council War Memorial to Members, Staff and Employees. 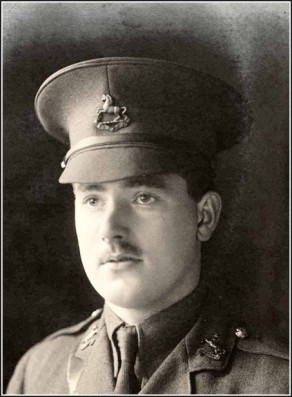 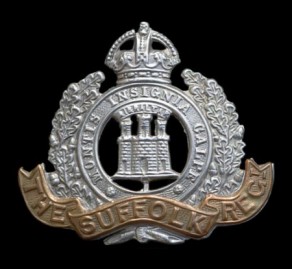 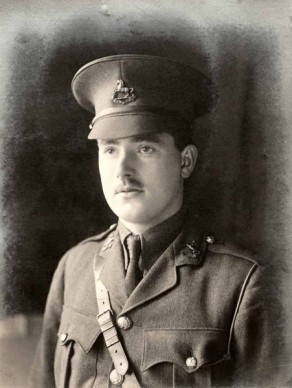 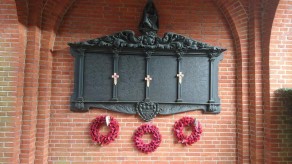 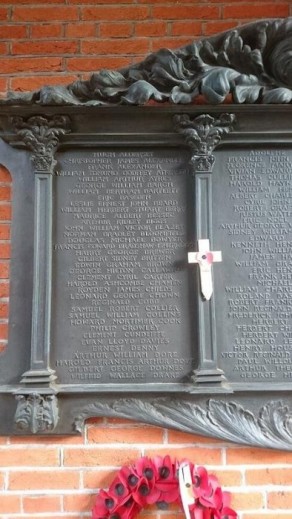 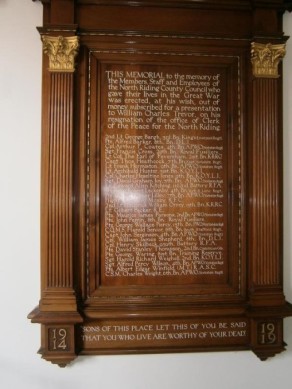 Second-Lieutenant George Bargh, who belonged to the King's Liverpool Regiment, but was attached to the 1st Suffolk Regiment, and who, before he received his commission, was a schoolmaster at Hawes is reported missing since May 10th. He was 25 years of age. His people have farmed in Lunesdale for many years, and his father took an active part in public affairs. He was educated at Halifax, where he obtained a scholarship from an elementary school to the Halifax Higher Grade School, and from there went to University College, Reading.

Second-Lieut. George Bargh, son of Mrs. Bargh, of Procter's Farm, Wray, near Lancaster, is now reported to have been killed on May 10th. News has reached Mrs. Bargh from Colonel Wallace, 1st Suffolk Regiment, who is a prisoner of war in Germany, that on that date her son was shot in the head just before the Germans took the trenches as he was bandaging a wounded soldier and killed instantly. Lieut. Bargh received his early education at Halifax, and subsequently obtained his B.Sc. at University College, Reading. He afterwards became a teacher at Hawes Council School. He accepted a commission in the King's Liverpool Regiment early last year.

A very impressive memorial service for the soldiers from the parish, and those closely connected with the parish, who have fallen in the War, was held in St. Margaret's Church on Sunday afternoon. From the Church tower the flag of St. George was flying half-mast, and the solemn tolling of the Church bell, announcing the hour of service, deepened the solemnity of the occasion. There was a large congregation, among whom were the relatives of many who have fallen. The service was conducted by the vicar (Rev. S. D. Crawford), and the hymns were 'Lead, Kindly Light', 'On the Resurrection Morning', and 'For all the Saints'. The soldiers whose memories were honoured were: Frederick Cockett, Albert Leach, Thomas Walton, J. W. Fryer, Reginald Milburn, James Banks, J. Chaytor Metcalfe, George Bargh, and James H. Milner

The Vicar took for his text the words, 'Greater love hath no man than this, that a man lay down his life for his friends'. He said "As we think of those who have laid down their lives for their country in this War, two thoughts force themselves upon us - the greatness they have achieved, and the atonement they have wrought. Lads who have never trained for war have, in a few months, become the equals of the most magnificently trained army in the world, and we have lived to see a greatness in our splendid boys of which we have but little conception. These lads had acquired a deathless fame; a greatness which would survive as long the British Empire lasts. And some share of this greatness belongs to those for whose lives and deaths we thank God today, and we believe that as they gave their lives without a murmur, so our God will hear the prayers we offer that their souls may rest in peace, and light eternal shine upon them. When we recall the horrors that Belgium, France and Serbia have suffered, and realise that but for those same brave lads we might be suffering the same, we cannot honour them too much, we cannot be too grateful for their devotion and self-sacrifice. To those who mourn their loss, this comfort must come: that their loved ones have passed into the company of heroes who equated not their lives too dear, but at the call of duty sacrificed all for the sake of their country, the good of mankind, and the cause of true liberty. But their death has done more than prove their greatness; it has been an act of atonement, atonement for their country and atonement for themselves."

There was a time in the history of most nations when it had to be brought back to its allegiance to God by some sharp punishment. We went into this war with clean hands, but nevertheless it was proving a means of national purging. While we as a whole suffered in various ways, the sacrificial shedding of their blood had been the great work of our fallen heroes. "To that sacrifice those we remember today have shared and may we not confidently say that their deaths are a contribution to the cleansing of the nation?"

At the close of the sermon 'The Last Post' was sounded on the cornet by Mr. J. Blades, and after the Blessing the Dead March was played on the organ by Mr. F. Haverfield.

The Christmas of 1916 was the quietest experienced in living history, and many causes contributed to this end. The weather, which was cold, with alternate showers of snow and rain, did not make for cheerfulness and the day was spent for the most part either at home, or (in the case of the men folk), in the clubs. No parties of Christmas singers were abroad on Christmas Eve, or on Saturday night, and no band enlivened matters on Christmas Day. The usual services were held in St. Margaret's Church, and these were fairly well attended, about 60 partaking of Holy Communion. It was Christmas under war conditions, and which have touched almost every home. Many well-known men have made the great sacrifice. On the Hawes roll of honour are recorded the following names of those fallen in battle:-2nd Lieut. G. Bargh, Pte. James Banks, Pte. Fred Cockett, 2nd Lieut. J.W. Fryer, Pte. John Fawcett, Gunner Albert Leach, Major J.C. Metcalfe, Pte. R. Milburn, Pte. S.Moore, Pte. L. Staveley, and Corporal Tom Walton.