George Cork Dalgoutte (born 11 March 1891) was the son of Charles Frederick and Martha Olivia Dalgoutte, née Cork. Charles was born at Plymouth, Devon and Martha at Skipton, Yorkshire. They were married in 1887. George was related, through his mother, to L/Corporal John Cork (18243) (q.v.) and Private Thomas Cork (357331) (q.v.).

George’s mother died in 1906. His father married again in 1910 to Mary Hannah Lawson, née Windle and in 1930 to Sarah Ann Armitage, née Barker.

George was married to Florrie Durkin in 1917. Florrie married Arthur P. Nicholson in 1919.

George is commemorated on the war memorials of: Farsley; Heysham; Mapplewell and Staincross; Pudsey and District Secondary School (now Pudsey Grangefield School) and the Roll of Honour of Bede College, Durham. 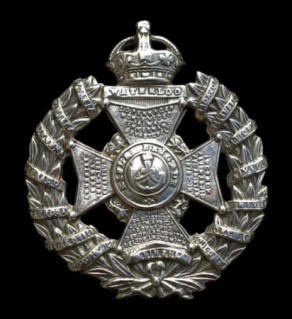 DALGOUTTE – On May 3rd, killed in action, aged 26 years, GEORGE CORK DALGOUTTE, Second-Lieut. the Rifle Brigade, the beloved husband of Florrie Dalgoutte, 183, Leeds-terrace, Leeds, and eldest son of C. F. Dalgoutte, Sunnyside, Morecambe. (“Greater love hath no man than this, that a man lay down his life for his friend.”)

Entry for the marriage of George Cork Dalgoutté to Florrie Durkin, 27 January 1917 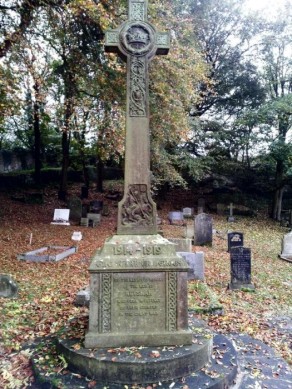 Second-Lieutenant George Cork Dalgoute, Rifle Brigade, a son of ex-P.C. Dalgoutte, at one time stationed in Skipton, and now living at Morecambe, is reported as having been killed in action on May 3rd. He formerly lived in Keighley, and was an old boy of the Trade and Grammar School. His home was at No. 18, Leeds Terrace, Leeds. He enlisted in August 1915, and obtained his commission about six months ago. He was only married on March [sic] 24th [sic] in Leeds.