George Lawson was the son of William Dickinson and Elizabeth Lawson, née Hargreaves. William was born at Tosside and Elizabeth at Dalehead, Yorkshire. After Elizabeth's death, William married Jane Birkbeck in 1905.

The British Army Service Record for George Lawson exists but may be incomplete. [George was wounded on 3 October 1916, whilst serving with the 2nd Bn Duke of Wellington's (West Riding Regiment).] 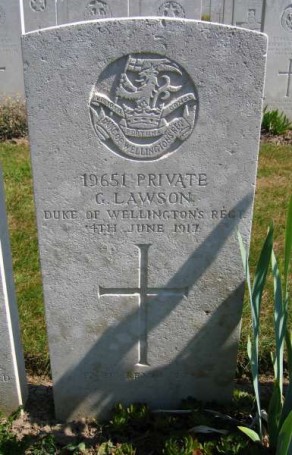