George and two of his cousins, Ann and Grace Alice Booker were baptized at St Peter's, Addingham on the 28 December 1884. 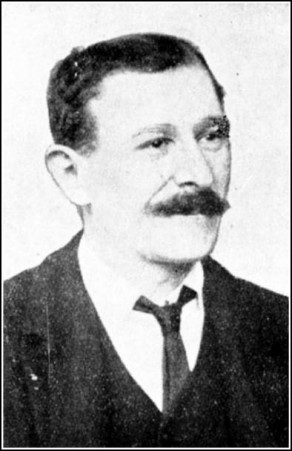 Mr. and Mrs. Booker, of George Street, Addingham, have received official information that their nephew, Private George N. Maudsley, of the 2nd West Yorkshire Regiment, serving with the Expeditionary Force, has been killed in action, place unknown, between the dates, October 25th and November 2nd. Deceased, who was 32 years of age, was a reservist, and was called up on August 5th. He served through the South African War. This is the fourth Addingham man that has been killed in action.

Mrs. Booker, of George Street, Addingham, has received official notice from the Infantry Record Office, York, that her nephew, Private George N. Maudsley, of the 2nd West Yorkshire Regiment, has been killed in action in France, place unknown. The deceased was a reservist, and was 32 years of age.

TO THE MEMORY OF ADDINGHAM COMRADES

The following lines have been written by Corpl. Sylvester Selby, R.E., of the British Expeditionary Force, France.

“To the memory of our dear comrades from Addingham who fought so valiantly, and died so nobly in the sacred cause of freedom, justice, and liberty.”

We shall meet our loved ones gone some sweet day bye and bye.
Be ye not weary in well doing, for in due season ye shall reap, if ye faint not.
“And God shall wipe away all tears from their eyes, and there shall be no more sorrow, neither death.”

Have they gone for ever, from us,
Shall we never see them more,
Never catch the gleam of sunshine
As they did in days of yore?

Why have they been taken from us
In the fullness of their youth,
When all earth seemed full of gladness
To young hearts all full of life?

Dragged from home, and friends, and loved ones,
In far distant lands to fight
For the glory of old England,
And for honour, and for right!

On the burning plains of Egypt,
On the muddy fields of France,
On the watery bogs of Flanders,
British boys have done their part.

Done it nobly, never murmuring,
In the cause of freedom’s right,
Battles, of most bloody nature.
They have fought with gallant hearts.

Men of England! Men of Empire!
Rise in this our common cause!
Come, and smite this haughty tyrant,
That he may no more defile
Heaven’s good gifts and mankind’s God.

As we march along the country
And the devastation see,
Ruined churches, shattered houses,
Graves, with little crosses fixed.

Make us cry “O God, in Heaven,
Let us of Thy vengeance see;
Give us strength that we may carry
Justice right to victory.

Men of England! Men of Empire!
Come and help us in the strife;
Help to win a glorious victory
For the weak and for the right.

Onward, ever always onward,
Till the common task is done,
Till to those who have so suffered
In the cause of freedom’s right
Have been surely liberated
From the thraldom of his might,
Till for brothers, gone before us,
He has paid a fearful toll.

Shall we ever more behold them
In that told-of spirit land?
Where they say there is no sorrow,
Neither death shall be no more?

Let us each be all the stronger
In the hope of such great gain,
Let us carry on our labour,
Sure we’ll meet our friends again.