John Varley was the son of Thomas Edward and Alice Varley, née Tatham. Thomas was born at Barrowford and Alice at Lowerhouse, Habergham Eaves, Burnley, Lancashire.

John was married to Alice Myers in 1916.

Although SDGW and CWGC state that John died whilst serving with the 1/6th Bn Duke of Wellington's (West Riding Regiment), he is not listed as a casualty in that battalion’s war diary for the 3 September 1916. He was serving with the 1/5th Bn. when he was killed in action (see 'West Yorkshire Pioneer' article 20 October 1916 and ‘Medal and Award Rolls’).

John is commemorated on the Barrowford War Memorial. 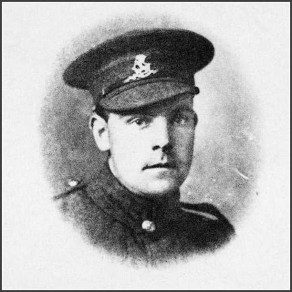 Moved forward via Martinsart Wood to front line Thiepval (2/9). On left of 147th Brigade’s attack on Schwaben Redoubt (3/9) – Official History of The Great War records that some loss of direction occurred during advance – heavy losses at German wire – failed to capture Pope’s Nose. War Diary records assault as a failure ‘the men fought splendidly and in many cases without N. C. O’s or officers . . . As a proof of the hard fighting there were 350 casualties out of 450 who assaulted the German lines.’ Relieved and to Aveluy Wood.

Anxiety is felt by relatives of the under-mentioned Barnoldswick soldiers, who have been posted as missing at various dates during the recent big push. Any information regarding them will be welcomed at the addresses given:–

Private John Varley, Duke of Wellington’s, 25 years of age, a native of Barrowford, also reported missing since September 3rd, after being in France seven weeks. His wife resides at 22, Clifford Street, Barnoldswick.