John Wilson (born 26 November 1892) was the son of John and Anna Bella Wilson, née Martin. John, senior, may have been born at Leyland, Lancashire. Anna Bella was born at Liverpool, Lancashire.

Additional Information: (CWGC Headstone Personal Inscription: THY WILL BE DONE) 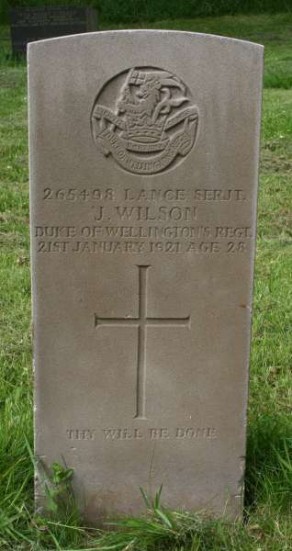