Robert Fay was the son of John and Annie Fay, née Whalley and brother of Private John Fay (1706) (q.v.) and step-brother of Private Albert Deacey (39687) (q.v.). Both of Robert's parents were born at Blackburn, Lancashire. 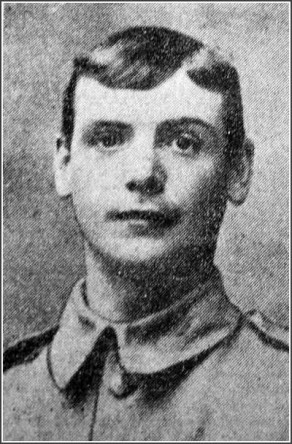 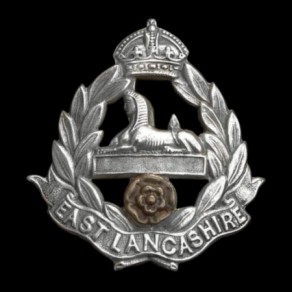 Mr. Robert W. Whalley, 16, Arthur-street, Barnoldswick, has received official news of the death of his grandson, Pte. Robert Fay, of the 4th East Lancashires, who was killed in the Gallipoli Peninsula about a month ago. Pte Fay was a native of Blackburn, and belonged to a notable family of soldiers. He had two brothers and a half-brother in the same regiment (East Lancashires), and also two brothers serving in France. One of these, Pte Henry Fay, is married, and his wife and child live at the address given above. Another brother, Pte. John Fay (East Lancashires) has been reported missing at the Dardanelles since June.

On the 9th August 1915, the 1/4th Battalion received orders to garrison a trench just captured near the Vineyard, and 2 officers and 200 men took up the position. Captain Bailey and 43 other ranks were wounded and 1 man missing. On the 10th the firing line extended all around the Vineyard, and in spite of attacks the position was consolidated under Capt. Wynne. Second Lt. Hargreaves did good work with the machine-gun section and practically held a front of 100 yards all day with 1 gun. On the night of the 12th/13th part of the Vineyard trench was recaptured by the Turks and a counter-attack failed to win it back. Next day the Battalion was relieved and went into bivouac, having sustained very heavy casualties during the five or six days the fighting lasted. During the operations around the Vineyard the men suffered severely, as it was impossible to get either rations or water up to the men in this section, but they held their ground with great tenacity… The rest of the month was largely spent in bivouac, working parties being found daily for various purposes.

[Robert Fay was killed on the 27th August.]

[Robert Fay was killed during this period on the 27th of August.]

Official news has been received by Mr. Robert W. Whalley, 16, Arthur Street, Barnoldswick, of the death of his grandson, Private Robert Fay 4th East Lancashire Regiment, who was killed in action in the Dardanelles about a month ago. Deceased, who was a native of Blackburn, had two brothers serving in the same regiment, one of whom has been missing since June. Another brother (Private Henry Fay, whose wife and child reside at the above address) is with the 6th Duke of Wellington’s Regiment in France.

Private Herbert Fay, A.S.C. and Private John Fay, East Lancashire’s, are well known in Barnoldswick, where they worked prior to joining the colours.

A Letter from Egypt: The Sphynx “All Right”

In a letter from Egypt, Private Bob Fay, a Barnoldswick young man, gives an account of his experiences in that country. His communication is written from Cairo Young Men’s Christian Association headquarters with the New Zealand Expeditionary Force, Zeitoun Camp, Egypt, and Private Fay informs his grandfather, Mr. Robert W. Whalley of 16 Arthur Street, Barnoldswick, that he had already seen many of the ‘sights’ of Egypt that gentleman had written to his grandson about. He was charmed with the interior of the Mohammedan Mosque, in which there is said to be a thousand lights. The floor is all marble and the pillars are made of alabaster, whilst a romance concerning the beautiful edifice is that its architect was killed, some said murdered, immediately the work was completed.

Private Fay said he had been down the reputed Joseph’s Well and had seen what is said to be the Well of Moses. Whilst on their route marches, the company had inspected a fort which Napoleon was supposed to have built in a single day. Marching through the sand was not pleasant on account of the heat of the sun and the sandstorms, which were a great annoyance to all. The Sphinx and the Pyramids, Private Fay declared to be “all right”. There was a fine zoo at Cairo, and Egypt could boast the finest hotel in Heliopolis, though the building was now being used as a military hospital. The letter concludes with a reference to family affairs, and a proposed ‘ragtime’ at the conclusion of hostilities, for the writer, like other of the English soldiers at the front, is confident of his country’s abilities and his own power to “win through all right.”

Mr Robert West Whalley of 16, Arthur Street, Barnoldswick, has received letters this week from three of his grandsons, each of whom is at the front. Privates Herbert and Harry Fay are well known in Barnoldswick, and before their enlistment were employed at the Westfield Mills. The other grandson, Private Robert Fay, lived in Blackburn, but was often in the Barnoldswick district, where he has many friends. He is in the East Lancashire Regiment, and is at present stationed ‘somewhere in Gallipoli’.

Driver Herbert Fay is attached the Army Service Corps, and writing from the Floriana Hospital, where he is recuperating from wounds, says he is expecting his discharge on furlough in about three weeks time, and reviewing his experiences in a brief sentence, says, “When I get home it will take me a week to tell you all that I have been through. I am jolly lucky to be living. How is the weaving? I don’t think I shall weave any more. I would sooner fight Turks than weave.”

An optimistic letter is also written by Private Harry Fay, of the 9th West Riding Regiment, attached to the 17th Base Infantry Depot.