Robert is commemorated on the Didsbury War Memorial and in Fettes College Roll of Honour. 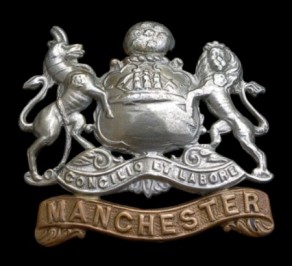 Sir,–Some of your readers may be interested to know that two of the officers “mentioned” in Field-Marshal Sir D. Haig’s dispatches a fortnight ago–viz., Captain Robert Megson, Manchester Regiment, and Lieut. Frank Hargraves (my only son), Royal Welsh Fusiliers, the latter of whom was killed in action in France in July last, are great-grandsons of the late Mr John Wilson, a well-known agriculturist, who for about 60 years was tenant of “Nunnerie” farm, in the Upper Ward of Lanarkshire, and a large number of whose descendants are “serving their country” in various capacities (mostly with the Colours), in many parts of the Empire.–I am, &c.
STEPHEN HARGRAVES.

Captain Robert Megson, Manchester Regiment, and Lieutenant Frank Hargraves, who were mentioned in Sir Douglas Haig’s Somme despatch, were great-grandsons of the late Mr John Wilson, who for about 60 years was tenant of Nunnerie farm, in the Upper Ward of Lanarkshire. Lieutenant Hargraves was killed in action in July. He was the only son of Mr Stephen Hargraves, Marple, Stockport.

Capt. ROBERT HARGRAVES MEGSON, Manchester Regiment (killed), was the younger son of Mr James Megson, of Stockdale, Didsbury, MANCHESTER, and great-grandson of the late Mr John Wilson, Nunnerie, LANARKSHIRE. He was 29 years of age, and was raised to the rank of Captain in September 1916.

LOSSES AMONG LOCAL OFFICERS AND MEN

The casualties among officers reported to-day include the following:

Capt. ROBERT H. MEGSON, Manchester Regiment, was the younger son of Mr. J. M. Megson, of Didsbury. He was a chartered accountant, and was 29 years of age. He had been mentioned in despatches. Well-known in local Rugby football circles, he played full back for the Manchester Club.

MEGSON, ROBERT HARGRAVES, Capt., 16th (Service) Battn. The Manchester Regt., yr. s. of James Manfred Megson, of Stockdale, Holme Road, Didsbury, by his wife Ella, dau. of the late Robert Hargraves, of Settle, co. York; b. Didsbury, co. Lancaster, 10 Sept. 1887; educ. Woodlands, Fallowfield, and Fettes College, Edinburgh; was subsequently articled to Messrs. Ashworth, Mosley & Co., Chartered Accountants, Manchester, and became a Chartered Accountant. He joined the regiment as 2nd Lieut. 10 Sept. 1914; was gazetted 6 Oct. following; served with the Expeditionary Force in France and Flanders from Nov. 1915, and was killed in action near Arras 23 April, 1917. Buried at Heninel. His Colonel wrote: “He was very dear to all of us; nobody was more popular or more brave, and it is impossible for me to express fully in writing how much he will be and is deeply regretted.” He was twice mentioned in Despatches [London Gazettes, 4 Jan. and 25 May, 1917] by F.M. Sir Douglas Haig, for gallant and distinguished service in the field; unm.