Robert Webster was the son of John and Lydia Webster, née Liddemore and brother of Private George Webster (242645) (q.v.). Their father was born at Flookburgh, Lancashire and mother at Gonerby Hill Foot near Grantham, Lincolnshire.

Robert was married to Hilda Mary Wroe in 1915. 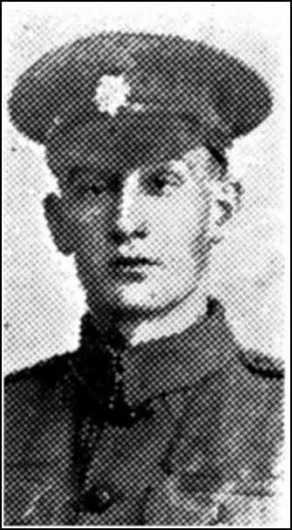 It is thought that Private Geo. Webster was killed whilst in his dugout, which was being heavily shelled by the enemy.

So sad yet so true,
We cannot tell why
The best are the first
That are called on to die.

From his sorrowing Wife and Child, and all at 11 Wellington Street, Skipton.

WEBSTER – In loving memory of my dear husband, Pte. R. Webster, who died whilst serving in East Africa, Nov. 20th, 1918.

May heavenly winds blow softly
O’er that sweet and hallowed spot;
Though the sea divides his grave and us
He will never be forgot.

From his loving Wife and little Daughter, Margaret, and all at 11 Wellington Street.

WEBSTER – In loving remembrance of a dear brother, Pte. R. Webster, who died from influenza whilst serving in East Africa, Nov. 29th, 1918.

Nothing in my hand I bring,
Simply to Thy cross I cling.

WEBSTER – In ever loving memory of a dear son and brother, Private R. Webster, who died in East Africa, November 20th, 1918.

“Too dearly loved to be forgot.”

From his loving Mother, Sisters and Brothers, 16 Fairfax Street.

Ever remembered by All, 16 Fairfax Street.