Thomas Lyal Taylor was the son of William and Elizabeth Taylor (née -). William was born at Scarborough, Yorkshire and Elizabeth at Alnwick, Northumberland. 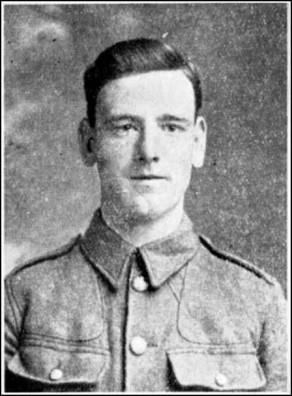 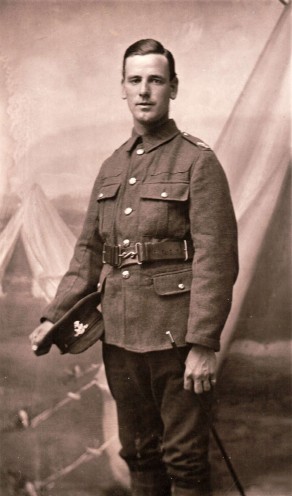 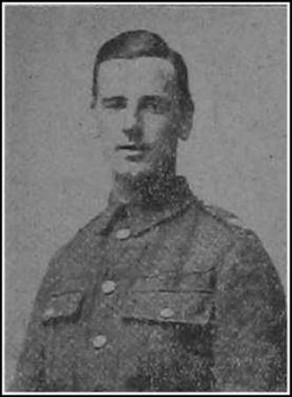 It is again our sad duty to place on record the death of another brave fellow, who, in answering to the call of his Mother Country, has laid down his life.

Lance-Corporal Thomas Lyal Taylor, for such is the young man's name, met his death while fighting with Lord Kitchener's Army in the rock-strewn gullies of the Gallipoli Peninsula. Mrs. Ethel Shaw, of 36, Commercial Street, Skipton, has received information from the Record Office at York to the effect that her brother has died from wounds while serving in the Gallipoli Peninsula. The message was accompanied by the usual expression of their Majesties' sympathy.

Taylor’s last letter was addressed to one of his friends and it stated that he was in the best of health.
He was a Skiptonian by birth, though he took up his residence at the village of Glusburn four years ago. He was for a time employed by the English Sewing Cotton Co., Ltd., at their Belle Vue Mills, Skipton. A few years later he severed his connection with that firm, and entered the employment of Sir John C. Horsfall, at Hayfield Mills, Glusburn. Later still he became an employee of Messrs. T. and M. Bairstow, of Sutton Mill, and up to the time of his enlisting, shortly after the outbreak of hostilities, he remained in that firm’s employ.

The young man had only seen three months of fighting when he met his untimely end.

At the previous vestry meeting at All Saints’ Church, Sutton, he had been appointed sidesman. At the Glusburn Education Area Swimming Carnival in 1913 he won the 200 yards swimming handicap.
Taylor's only brother, Robert William, is at present stationed at Rawalpindi, India, and has seen eight years’ service with the 1st West Yorkshire Regiment (Green Howards). In a letter to his sister he says that he is eager to get to grip with the Germans, and that he cannot understand why the Government are sending partially trained men to the firing line when there are thousands of fully trained soldiers kicking their heels in India.

SUTTON – THE ROLL OF HONOUR

Writing in the Parish Magazine on the war, the Vicar of Sutton (Rev. A.R. Light) gives a list of men from the Parish of Sutton, who have fallen in defence of their country as follows:–Arnold Healey, Walter Haggas, Lyall Taylor, Edmund Wilkinson, Norman Riley, Nelson W. Petty, Richard Whitehall, Albert Wm. Tune, Frederick W. Thompson, Henry Taylor, Joseph G. Bancroft, Cedric Fawcett Horsfall.
Mr. Light also says: “I have not in the Magazine mentioned by name those from this place who have given their lives for their country, not because I have forgotten such promising young men as Henry Taylor, and others whose names hang in the Church porch, and, indeed, as I write this, I fear lest it may even be dimly thought that one may seem to be valued more than another. All who are fighting are equally dear to God, and it is also true to say that both rich and poor are giving their best, offering on an altar watered with tears those whose lives are so much to them. All those boys who formed our first patrol of Scouts have almost gone to the front, and only last week we heard of Reginald Ellison being wounded, but we hope his life will yet be spared.

To every mother whose heart aches with anxiety or for actual loss, I offer most true sympathy, whether such are connected with us in the worship of Sutton Church or not, and one cannot help feeling in such times as these that religious differences are not, and cannot be again, as great and as dividing as they have seemed in the past, and that all are one family of God. May each one of these, who will never enter into our lives here again, rest in peace.”

Mrs. Ethel Shaw, of Commercial. Street, Skipton, received a letter yesterday which throws further light on the death of her brother, Lance-Corporal Thomas Lyal Taylor, which occurred last year on the Gallipoli Peninsula, as recorded in the ‘Craven Herald’ at the time. The letter is written by Pte. W. Kaye, of the Training Reserve Battalion, W.R.R., Gateshead, who signs himself “An old pal of your brother’s.”

He says:– “We were all sorry when we heard about Lyal’s death, as he was well liked in the platoon. We made the landing at nearly midnight on August 6th and Lyal was hit early in the morning following. We did not know he had gone till a day or two after, when we went down to the beach for a rest and saw his grave, alongside those of two more men of our platoon, who had also died of wounds. I am sorry to say that in November there was a big flood on the Peninsula, and that all the crosses which marked the lads’ graves got washed away, so there was no chance of recognising the graves afterwards.” Pte. Kaye also mentions that J. W. Smith, of Barnoldswick, was a great pal of Lance-Corporal Taylor whilst they were out in Gallipoli.

A Skiptonian by birth, Lance-Corp. Taylor was for some time employed at Belle Vue Mills, after which he went to work for Sir John C. Horsfall, at Glusburn. Just prior to the war, and before joining up, he had entered the employ of Messrs. T. and M. Bairstow, Sutton Mill.

News has reached the district that Private Thos. Lyal Taylor, of the 8th Battalion Duke of Wellington’s Regiment, has been killed in action in the Dardanelles. Private Taylor joined the Army soon after the outbreak of hostilities. He had been appointed sidesman at the previous vestry meeting at All Saints’ Church, Sutton. In 1913 he won the 200 yards swimming handicap at the Glusburn Association area swimming carnival.

A Letter from His Brother

As we briefly reported in our last week’s issue, Lance-Corporal Thomas Lyal Taylor of the 8th West Riding (Duke of Wellington’s) Regiment, and brother of Mrs. Ethel Shaw, of 36 Commercial Street, Skipton, has died of wounds received whilst in action in the Dardanelles. Mrs. Shaw has received an official communication from York.

Lance-Corporal Taylor was a native of Skipton, and for a number of years was employed by the English Sewing Cotton Co. About four years ago he left the town to work at Glusburn, and enlisted shortly after the outbreak of the war. At a recent vestry meeting of All Saints’ Church, Sutton, he was appointed sidesman. He was a splendid swimmer and in 1913 won the 200 yards swimming handicap at the Glusburn Swimming Carnival.

Private Robert Wm. Taylor, of the Green Howards, and brother of Lance-Corporal Taylor, writing to Mrs. Shaw from India on July 26th says:– “I had a letter from Lyal and it seems he will be at the Dardanelles by now. I wrote straight back giving what little advice I could.”

Pte. Thomas Lyal Taylor, 8th West Riding (Duke of Wellington’s) Regiment, killed in action in the Dardanelles. He was a sidesman at the All Saint’s Church, Sutton, and in 1913 he won the 200 yards swimming handicap at the Glusburn Carnival. He was a native of Skipton.

On Sunday morning a memorial service to those who had fallen during the war from Sutton parish was held in St. Thomas’s Church, conducted by Rev. A.R. Light (vicar). About 60 members of the local Volunteer Corps were present, having met in the Friendly Societies’ Hall yard, under the leadership of Commander Clough. Special lessons were read and special psalms were sung. ‘O rest in the Lord’ was given on the organ by Mr. A.E. Foulds. The Vicar asked the congregation to offer prayers for the souls of those who had fallen. The following names were read out:– Privates Arnold Healey, F.W. Thompson, Walter Haggas, J.G. Bancroft, Evelyn Fisher, Tom Summerskill, Norman Riley, Henry Taylor, Lyall Taylor, R. Whitehall, E. Wilkinson, A.W. Tune, Lieut. Nelson Petty, and Capt. C.F. Horsfall.

The text from which the very sympathetic discourse was preached was 2nd Samuel, 1., 26, David’s lamentation over the death of his friend Jonathan. At the close of the very impressive service Chopin’s ‘Funeral March’ was given on the organ. At the close of the evening service, which was again conducted by the Vicar, the ‘Dead March’ in ‘Saul’ was played, and the National Anthem sung.