Walter is commemorated in the 'City of Bradford Great War 1914-1918 Roll of Honour'.

A short biography of Walter is included in: ‘Though lost to sight to memory ever dear - Embsay-with-Eastby First World War Roll of Honour’ by Jane Lunnon, David Turner, Chris Lunnon (2018). 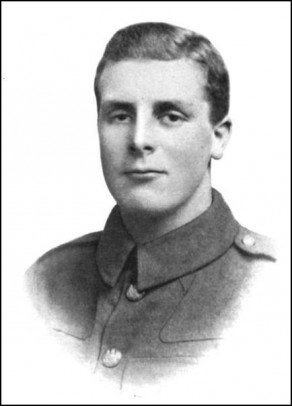 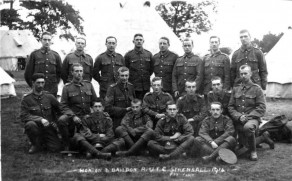 On Saturday, the unveiling took place of a memorial in the grounds of Bridgend House, the residence of Mr. R. Humphries, which has been erected by him to his two sons, who have fallen in the war, and also to his wife. The monument is a simple storied pillar. The unveiling ceremony was performed by Messrs. Bennett and Morley, of Great Horton, and Mrs. Warner, widow of the late Rev. G. Warner, and the Revs. G. Chun (Skipton) and G. Lucas (Great Horton) also took part in the proceedings.

Lance-Corporal R. [W] R. Humphreys, of the 6th West Yorkshire (T.F.) Regiment, son of Mr. Rawleigh Humphreys, of Bridgend House, Eastby, had been wounded by shrapnel and is now at the Duchess of Westminster’s Hospital, Le Touquet, Paris Plage.

Second Lieutenant Walter Rawleigh Humphries, of the West Yorkshires, youngest son of Mr. and Mrs. Rawleigh Humphries, of Great Horton, Bradford, and Bradford House, Eastby, has been killed in action. He was educated at the Great Horton Council School and the Grange Secondary School. The late soldier won one of the Clothworker’s scholarships for wool at the Technical College, and was later apprenticed to Mr. Reddiough, wool merchant, Bradford. He was also connected with the Primitive Methodist Church, Great Horton, and was a teacher in the Sunday School. He was formerly a private in the Bradford Territorials (6th West Yorkshire), and had previously been wounded in the war on July 28th 1915 near Ypres. Mr. and Mrs. Humphries have an older son serving in the Forces.

Mr. and Mrs. Rawleigh Humphries of Eastby have received many letters of sympathy on the occasion of the death in France of their son, Lieut. Walter Rawleigh Humphries. The officer commanding writes:– “He was always so cheerful and full of life, and we miss him very much. He was appointed machine gun officer just before going in the trenches, and it was whilst visiting his guns in the front line that he was killed. . . . I am the only officer left who went abroad with the battalion.”

There is also the inscription “They shall learn war no more for ever.” Placed on the monument was a lovely wreath bearing the inscription ‘Jack,’ the only surviving son, now serving in France. Lieutenant W. R. Humphries was apprenticed to Messrs. Riddiough, wool merchants, Bradford. who speak highly of him. He continued his studies at Bradford Technical College, and won the first prize for work given by the Clothworkers’ Guild, of London.

The, unveiling ceremony was most impressive. Rev. G. Chun announced the hymn ‘Oh God our help in ages past.’ After dedicatory prayers, ‘Jesus lover of my soul’ was sung. Mr. Arthur Bennett and Mr. H. Morley, from Bradford, Superintendents of the Primitive Methodist School, Great Horton, spoke highly of the late Second Lieutenant W.R. Humphries as scholar and teacher of the school, and afterwards removed wreaths of evergreens and flowers in front of the inscription. Mrs. Warner, of Leicester (widow of Rev. George Warner, the well known evangelist), then gave a touching address, after removing flowers, etc. Rev. G. Lucas (Great Horton), then unveiled the inscription “They shall learn war no more for ever,” and the inscription to Mrs. Rawleigh Humphries, who in such a sudden and mysterious way so soon followed her brave son. He read touching letters from Rev. J.W. Reeves, and others speaking of the useful activities of this lady and her sons, and said how much poorer Great Horton was without them, how the orphanage and mission effort would miss them, and how he had expected Lieut. W. R. Humphries would become a pillar in that church. Mrs. Humphries had cheered and encouraged him as the minister many times, and he could not realise Great Horton Primitive Methodist Church without her, and the young ladies’ class would miss her.

After ‘For ever with the Lord’ had been sung, Mr. Rawleigh Humphries with broken voice and under deep emotion thanked all for the gifts of flowers in such profusion at the foot of the monument – lovely roses, chrysanthemums, michaelmas daisies, etc., the gift of people in the village, and remarked how much his son loved the village. The organist of Embsay Primitive Methodist Church played the harmonium and the choir was in attendance.