Walter Thomson (born 18 March 1883) was the son of Adam and Isabella Thomson, née Irving and brother of Corporal Adam Thomson (14921) (q.v.) and Private William Thomson (21402) (q.v.). Their father was born at Hoddom and mother at Kirkpatrick-Fleming, Dumfriesshire.

Served in the Army as Thompson. 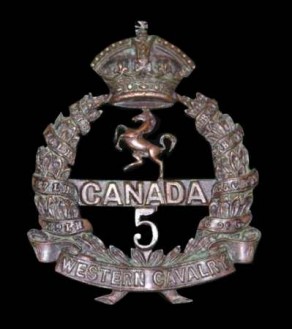 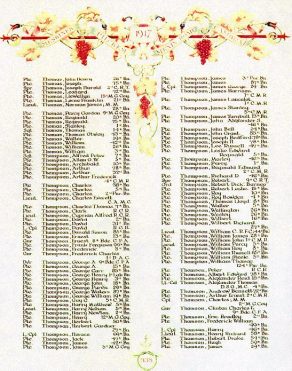 Mrs. Henry Wolfenden, 7, Bolton Mill, has the following letter in reference to the death of her brother Walter Thompson [sic], who, sad to relate, is the third brother who has given his life in the war:–

“The little enclosure with this letter expresses so much better than I can what I would like to say to you, that I am sending it along thinking that in some way it may afford some measure of consolation to you in the loss of your brother Walter. I feel that you will wish to hear from someone who was with him when he fell, and to know such particulars as I have. He was shot about 4-30 a.m. on April 28th, just before dawn and very shortly after we started the charge. He was almost beside me when he fell, either from a machine gun or a rifle bullet, and it will be a consolation for you to know that he died instantly and painlessly. He was buried close to the place where he fell. You will be able to get the exact location from the Graves Commission. I wish to say I feel myself a better man for having had the benefit of an association with him. He was one of the very few men whom I have known that led what I consider a real Christian life. Not only was he clean in action but was clean in all his thoughts and what we call in Canada a white man all the way through. He was greatly loved, admired and respected by all of us who knew him, and we feel a great personal grief over his death.

“But this we also feel, that he died as he would have willed, with his face towards the enemy of all that is good and fine in this world, and in the open, fighting the good fight. – Corpl. John Perry, Canadian Infantry Batt., France.”