William was married to Milly Hollows in 1914. Milly was born at Bacup, Lancashire c. 1888. 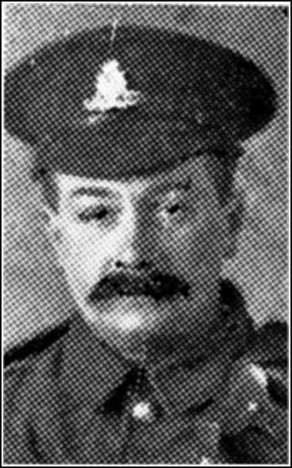 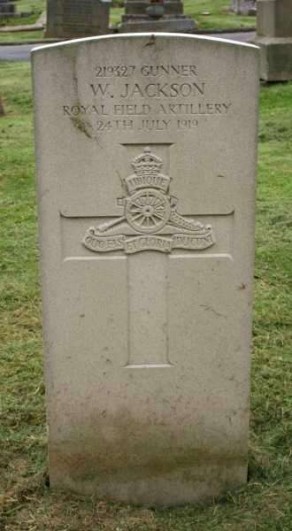 On Saturday the death took place at the Royal Herbert Hospital, Woolwich, of Gunner William J. Jackson, R.F.A., of 5 Bairstow Street, Barnoldswick. Deceased was 41 years of age and the son of the late Mr. James Jackson, of the Commercial Hotel, Barnoldswick. He went out to India in September, 1917, and was invalided home in the December following suffering from dysentery. Sine then he had been confined to hospital at Birmingham and Croydon. He leaves a widow and one little boy three years of age.

The remains of Gunner Jackson (whose death is reported on page 3) were brought home for burial on Wednesday night from Woolwich, and the interment took place yesterday (Thursday) afternoon at Gill Cemetery. The funeral was of a military character, the cortege being headed by a number of discharged soldiers, many of whom were in khaki, while at the close of the burial service (conducted by Mr. Thos. Lane, Independent Methodist) the ‘Last Post’ was sounded by the buglers.