Edward Loveday was the son of James Wood and Elizabeth Loveday, née Cox. James was born at Little Oakley and Elizabeth at Brigstock, Northamptonshire.

Edward was married to Lucy Ethel Hawcroft in 1906. 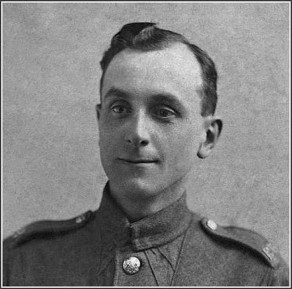 THE ROYAL FUSILIERS IN THE GREAT WAR by H.C. O’Neill O.B.E. (William Heinemann 1922)

The Battle of the Sambre

The 1st Royal Fusiliers attacked on November 5th, advancing from Jenlain, and on the high ground east of Wargnies le Grand, passing through the 73rd Brigade. After an advance of about 5,000 yards the troops came into contact with the enemy about 1,000 yards west of the Hogneau stream, which casts a wide loop about Bavai, to the east. At this point there was considerable machine-gun fire, and the barrage put down did not effect the position. The battalion therefore held their ground for the night. At dawn on November 6th the battalion advanced, but were held up on the east bank of the river, as all attempts to carry the high ground to the east proved unsuccessful. The German rearguards were very stubborn on this part of the front. The next day the 3rd Rifle Brigade passed through the battalion, who on the 8th went into billets at Bavai, where they still lay on November 11th.

[Private Edward Loveday was fatally wounded in this battle.] 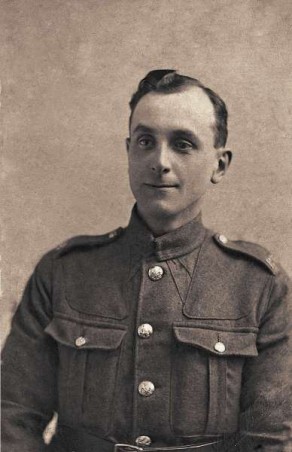 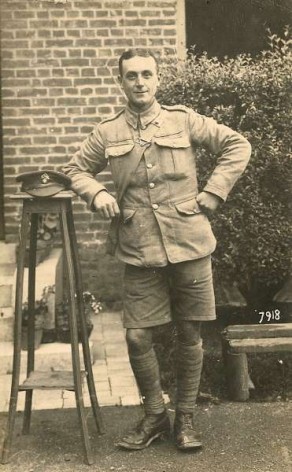 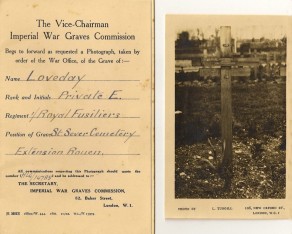 Photograph of the grave of Private Edward Loveday sent to his next of kin by the I.W.G.C. 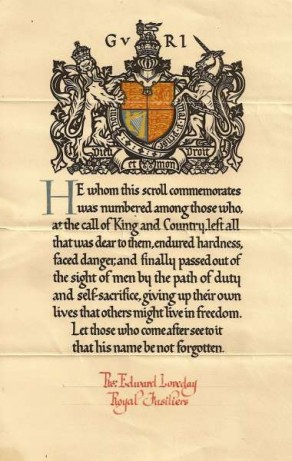 Private E. Loveday has also been killed in action. He will be remembered as the son-in-law of Mr. Hawcroft, who carried on business at Ingleton some years ago as a grocer and confectioner.

One Response to Edward LOVEDAY